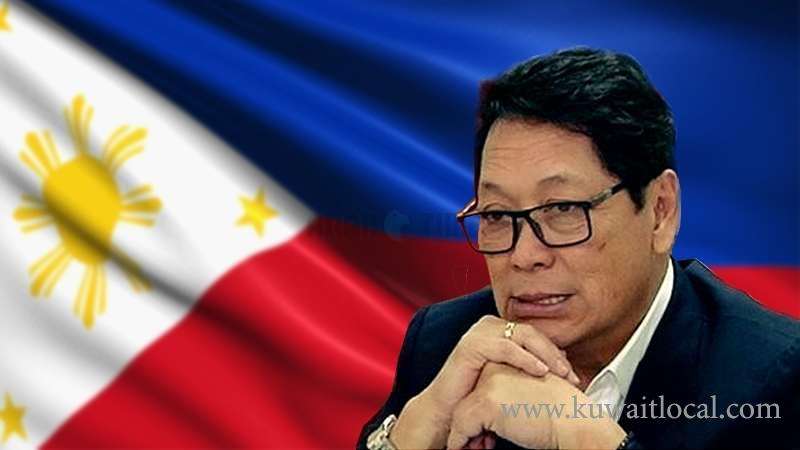 In light of the fruitful meeting between the Philippine labor delegation and Kuwaiti officials, the labor department is set to move for the partial lifting of the ban on the deployment of Filipino workers to Kuwait, says a news release posted by the Department of Labor and Employment Wednesday.

Labor Secretary Silvestre Bello III said he will recommend to the Philippine Overseas Employment Administration (POEA) Governing Board the relaxation of the deployment ban after the Kuwaiti government agreed to sign an agreement on the standard employment contract for Filipino household service workers. “I had a fruitful meeting with my counterparts in Kuwait. Both sides agreed on the harmonized standard employment contract. I will talk with the POEA governing board to recommend the partial lifting of the ban,” Bello said.

However, he added, lifting of a total ban will only follow unless an official status report is provided by the Kuwaiti government on the cases of Jeanelyn Villavende, Constancia Dayag, Joanna Demafelis and the Filipina who was raped upon arriving at the airport. “In the case of Villavende, I wanted some validation of their claim that they [accused employers] are formally charged and they are behind bars. We have to be contented who have been charged and what is the nature of the charges,” Bello said.

Upon the issuance of the partial lifting of the ban, the labor chief said, they will allow skilled, semiskilled and professional workers to be deployed in Kuwait, while newly hired HSWs are still covered by the prohibition. Balikmanggagawa workers category on the other hand will be the subject of discussion and decision of the POEA governing board.

The salient provisions of the standard employment contract include prohibition for employers to keep any of the worker’s personal identity documents such as passport, and the entitlement of a worker to own a phone and use it outside the working hours provided that she keeps the secrets and privacy of the household, and use such phone in a manner consistent with public morals.

The OFWs are also entitled to a paid full day per week break and must not work for more than twelve (12) hours a day. The worker should be allowed to have no less than an hour break after five (5) consecutive hours of work, and the right to at least eight (8) hours of consecutive night rest. Employers are also prohibited to assign a domestic worker to work outside of the State of Kuwait or be transferred to another employer without the OFWs’ written consent. If this occurs without the agreement of the worker, the worker will be returned to the Philippines at the expense of the employer.

The employer should ensure the OFW’s adequate life and is obliged to provide the medical treatment and nursing by registering her in the health system applicable in Kuwait. “All of the provisions which President Rodrigo Duterte requested were all granted. The harmonized employment contract should be retroactive and effective immediately,” Bello added.