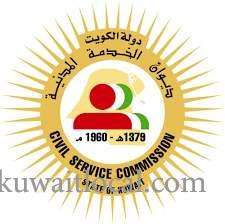 The Civil Service Commission (CSC) plans to freeze 3,108 contracts of expatriates by July 1 to make way for the Kuwaiti ministries and government institutions to recruit Kuwaitis, reports Al- Rai daily.

The move is part of the government’s strategy to give Kuwaitis more employment opportunities. This comes on the heels of demands by several MPs who have been pushing the government to rely less on expatriate labor.

In November, the CSC, which is responsible for all public sector employment, told all public departments to submit their plans to replace expatriates with Kuwaitis as part of a national drive to cut down on the rate of unemployment among Kuwaitis. The Ministry of Foreign Affairs said it needed some time to respond to the queries while the Ministry of Social Affairs and Labor said that it was just waiting for the formal signatures. However, the Ministry of Education, with its high number of foreign teachers and staff, has yet to respond to the queries or to ask for some time, the daily added, citing unidentified sources.

The CSC said that the number of job vacancies, based on the requests submitted to it by the different public sectors and departments, was 4,365 in 2018.

The figure meant with 3,108 jobs being vacant at the end of June, Kuwait will have more than 7,400 employment opportunities for Kuwaitis.

Most Kuwaitis prefer government jobs over private jobs because of job security since they cannot be fired except in some extreme cases. It is also because of less work pressure, flexible timings, short working hours and more holidays.