<![endif]-->
Advanced Search
Kuwaitis Who Registered To Work In Co-op Sectors Dont Want To Work In Jobs That Offered To Them
Category: Kuwait 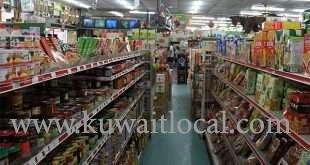 The sources said those Kuwaitis who are actually working in the cooperative societies sector are less than 35 out of the more than 82 persons registered and who had shown their interest in the cooperatives sector during interviews but a majority of them are not serious about working.

The Manpower and Government Restructuring Program (MGRP) and the State Executive Apparatus have registered more than 1,100 citizens willing to work in cooperative societies, and are continuing to receive more applications. According to the memorandum of understanding (MoU), which showed 1,800 jobs available in cooperative societies, these vacancies did not suit most of the applicants. The sources pointed out the MoU between MGRP and the Ministry of Social Affairs and Labor and signed with the Federation of Cooperative Societies, is flawed.

The same sources said the MoU will be reviewed due to lack of incentives for Kuwaiti workers in cooperative societies except for the labor support provided by the government. The sources said the nature of cooperative societies which are service institutions unlike the private sector companies and they cannot be forced to pay specific salaries to citizens who wish to work. They also announce job vacancies and make interviews according to their needs, the source added.

Kuwait Oil Company (KOC) has signed several contracts with local companies to supply deep drilling pipes worth up to 50 million dinars for three years, reports Al-Seyassah daily. KOC signed the contracts with more than one local company in September and October respectively to supply and manufacture deep drilling pipes for North Kuwait and Jurassic gas fields after they were qualified by the tender committee of the Petroleum Corporation and Central Tenders Committee.

It also received approval of the Central Agency for Tenders Tuesday for the joint venture company to execute additional works at the Jurassic Gas Project and related activities in Northern Kuwait at a cost of KD 4.1 million. Sources added Kuwait Oil Company (KOC) provided the company with details of the contract and additional items the company will implement so as to complete the rest of the work entrusted to it, noting the issuance of change orders for all projects in the company is strictly by terms and conditions.