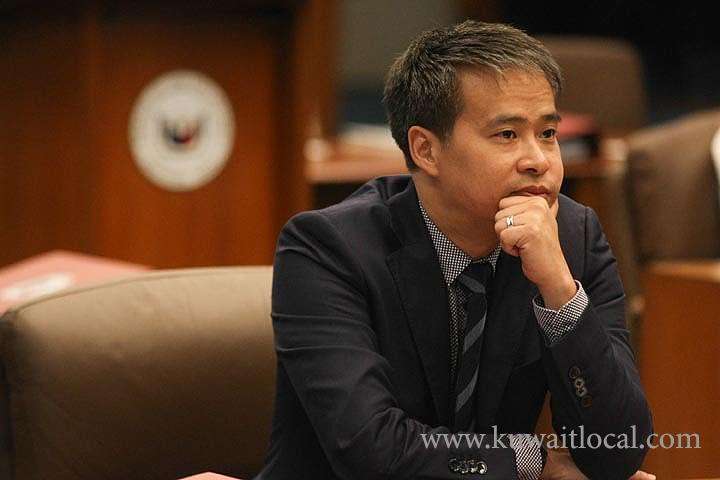 Senator Joel Villanueva on Thursday questioned if the labor deal between the Philippines and Kuwait which seeks to protect overseas Filipino workers (OFWs) in the Gulf state was being fully implemented after the reported rape of the Filipina in Kuwait, reports Al-Rai daily.

Quoting https://globalnation. inquirer.net, the daily added, Villanueva who chairs the Senate labor committee as saying, “Manila and Kuwait entered into a bilateral labor agreement that sought to improve the protections of Filipino workers in the Gulf state last May 2018. Article 2 Section 12 of the ratified agreement states that the Kuwaiti government should establish a 24- hour assistance mechanism for our domestic workers.

“Are all the safety mechanisms for the protection OFWs in place and functioning properly?” the senator asked. Villanueva also questioned if the joint committee, which was supposed to meet to address issues in the implementation of the ratified agreement, had met. “Has there been any initiative from both countries to convene as a joint committee and tackle issues on the implementation of the agreement?” Villanueva asked. The senator, who called the incident “disheartning , ” then called for concerned government agencies to ensure that the bilateral deal with Kuwait is being followed and implemented.

“It is disheartening to learn that another grave harm has befallen on a Filipino household service worker, who like any other OFW had sought work overseas to give their loved ones a better fighting chance on a bright future,” Villanueva said.

“We urge all agencies to act proactively and swiftly to ensure that our bilateral agreement with Kuwait is followed and implemented strictly,” the senator said. Villanueva added that the safety of OFWs must always be “paramount.” “The safety and integrity of all Filipino workers in Kuwait and around the world should always be paramount. Anything short of this is simply unacceptable,” Villanueva added. “We also ask the Kuwait authorities to pursue and prosecute the suspect so that justice may prevail. Rape is a crime of great magnitude which deserves no less than the most severe punishment,” Villanueva said