<![endif]-->
Advanced Search
Expats Can Enter Kuwait As Long As Their Residence Is Valid
Category: Automotive 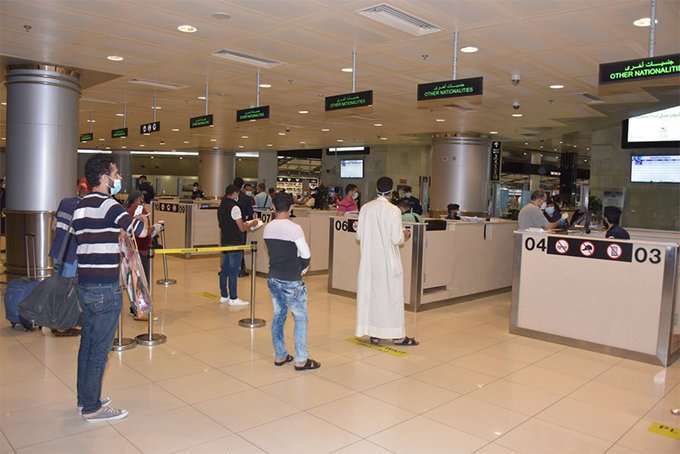 General Administration of Residency Affairs confirmed  that expats who have valid residence have the right to enter Kuwait as per the health requirements laid down by the Ministry of Interior. The General Residency affairs department refuted the rumors which are going around that those expats who are outside Kuwait if they do not enter by 31st Dec will not be allowed to enter is totally false.

There is nothing new in the law regarding absence in the country. Those who are outside Kuwait can renew their residence permit online and there is no need for a review from the residency affairs department.
If the Ministry of the Interior decided to take new measures against those expats outside the country, it must be officially announced through the General Administration of Public Relations in the Ministry of Interior.

In response to a question to Al Anba, about preventing above 60 yrs of age holding Article 22 residency (Family visa) are allowed to visit family,  the General Residency Affairs stated “Everyone who has valid residency is entitled to enter regardless of age, but health requirements must be met, especially for nationals of the 34 banned countries have to stay in non banned country for 14 days before entering Kuwait. In current situations elderly people should avoid traveling to protect themselves from getting infected with corona virus.

The source noted that all types of residency permits, especially Article 22, are renewed online, reassuring parents whose children are studying abroad that there is no fear of residency to be cancelled despite being outside Kuwait for more than 6 months.

Regarding the opening the visits or entry visas, the source said so far, there are no instructions, and such decision is generally issued by the Council of Ministers, noting that they are the only entity to authorize expatriates for those who do not have residence permits by issuing visit visa or change in residence visa that has expired.

The extension of visit visas decision was issued on humanitarian basis. The Ministerial Resolution No. 598/2020, which stipulated the 3 months extension of residencies and visit visas granted under Ministerial Resolution No. 444/2020, issued on 1st Sep 2020 will expire at the end of this month 30th Nov 2020 . There will be no further extension hence the owners of expired visas must amend their statu and leave the country in order to avoid the legal procedures imposed on them and their sponsors.