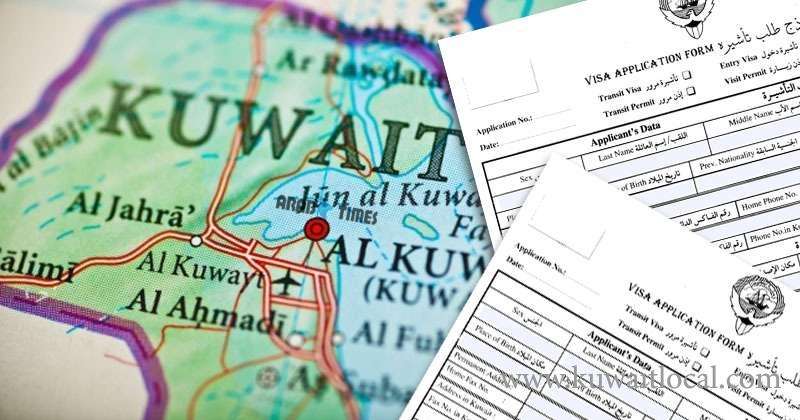 Deputy Prime Minister and Minister of Interior Anas Al-Saleh has issued instructions to the Assistant Undersecretary for Residence Affairs Major General Talal Ma’arafito block all transactions of expatriates who brought relatives on visit visas and have not left the country and are believed to be staying in the country illegally, reports Al-Seyassah daily.

According to security the ‘block’ will be lifted after only if the proof of departure is submitted to the concerned department. The sources pointed out the Ministry of Interior had to take this step following the influx of people who entered the country either on business or visit visas and did not leave after the expiry of the visa. It is believed more than 30,000 people, most of them women and children, have not left the country after the expiry period of such visas.

The sources indicated a majority of them are Syrians, who entered the country in the aftermath of the outbreak of the civil war in their country in 2011 and benefited from decisions taken on humanitarian grounds to alleviate their suffering.

The source affirmed the Immigration investigators will soon intensify the security campaigns to arrest and prosecute violators. However, the sources added, the only obstacle facing the security authorities is that these people do not leave their homes except in rare cases.

The source emphasized what makes the matter worse is the fact that some claim to be bedoun and hide their identification documents, despite efforts by the Ministry of Interior to record their identities and movements. The source also pointed out that the Central System for Remedying of Situations of Illegal Residents (CSRSIR) has spotted cases belonging to this group who recently entered the country and has informed the Ministry of Interior to take necessary measures.