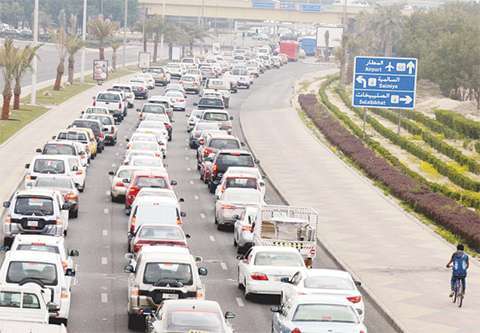 Traffic security campaigns were carried out recently to prosecute reckless people and perpetrators of serious traffic violations that endanger the lives of road users, leading to the issuing of 30,954 traffic offenses, the seizure of 12 vehicles and motorcycles, the referral of 93 violators to the detention center of the General Traffic Department, 52 juveniles to the Juvenile Prosecution Office and the seizure of 10 vehicles required by security and judicial authorities, as well as the arrest of 18 persons wanted, and referring 9 expatriates to the Deportation Department for driving vehicles without obtaining a driving licence, Al Jarida reported.

The statistics also showed that the traffic patrol officers were able to arrest 52 minors driving without a driver’s license. The General Directorate of Emergency Police carried out 625 security operations last week, recorded 1130 traffic violations, and dealt with 54 traffic accidents, as well as dealt with 38 people without personal identification, and with 6 quarrels, and seized 3 cases where the people were involved in drug abuse.