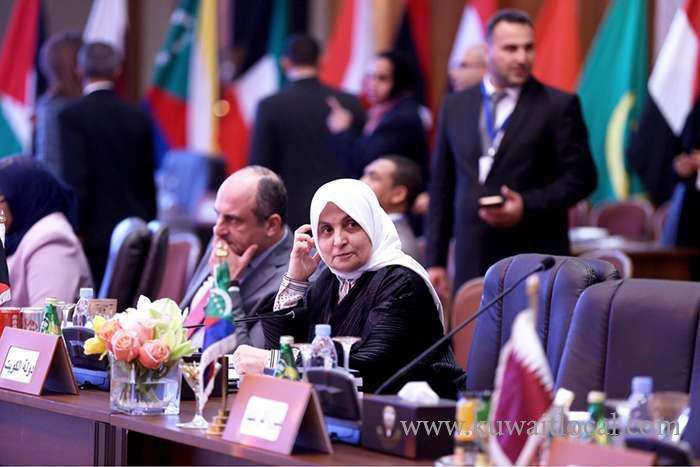 Al-Sabeeh, speaking before a meeting of Arab Social Affairs Ministers, said the role of the Arab Parliament was essential to enable the private sector and civil societies achieve development.

She said the ministers would discuss terrorism and social development, eradication of poverty and protection of elderly.

Al-Sabeeh said Kuwait was keen on promoting philanthropy and humanitarian action. The Arab ministers, added the Kuwaiti official, would pay a special attention to people with disabilities who should be fully integrated into society.

Tunisian Minister of Social Affairs Mohammad Tarabulsi thanked Kuwait for hosting an international conference over the suffering of the Palestinian child.

He hoped recommendations of the conference would be enforced to provide protection for the Palestinian children, who were living under the Israeli occupation.