<![endif]-->
Advanced Search
Ban On Work From 11:00 Am To 4:00 Pm In Open Areas Which Fall Directly Under Sunlight
Category: Kuwait 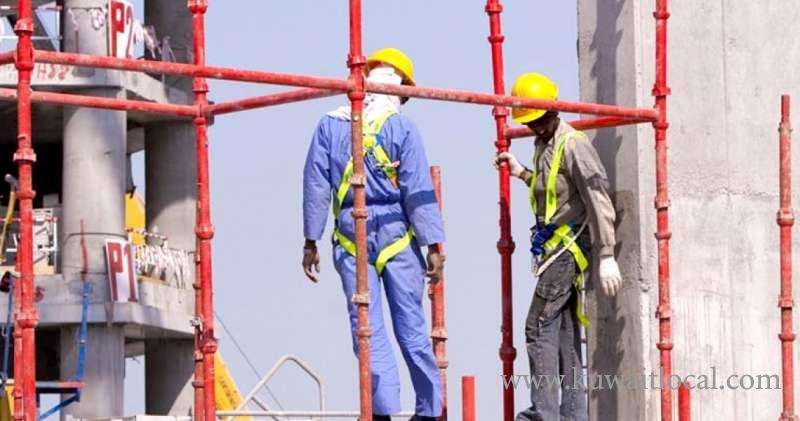 The Public Authority for Manpower (PAM) is currently studying to set a date to ban work from 11:00 am to 4:00 pm in open areas which fall directly under sunlight. The proposal is to start the implementation of the work ban in the middle of May instead of the fixed annual date which is from June 1 to end of August, reports Al-Jarida daily.

According to sources in PAM the Authority, the decision will be taken from purely humanitarian point of view by offi- cials of the Civil Service Commission given the month of fasting and taking into account the hardships of fasting people working directly under sunlight due to the significant rise in temperatures of 45 degrees Celsius.

The sources explained that the above decision came in line with the provisions of Article 64 of Law No. 6 of 2010 on the work in the private sector, which authorizes the Minister of Social Affairs and Labor to issue a decision to reduce working hours which may cause exhausting or are harmful to health and in the event of harsh conditions.

The text of the article did not specify a fixed date for the implementation of the decision, which gives the authority the right to exclude the application for the current year in view of the holy month. On another issue, the deputy director of the Public Authority for Planning and Administrative Development Dr Mubarak Al-Azmi said a meeting was held with representatives of the Association of Engineers and the Union of Engineering Offices and the consultancy houses and the Federation of Industries, to discuss the development of the mechanism to adopt the technical skills of foreign engineers, and tests held in the Association of Engineers.

Al-Azmi said in a statement yesterday that the Authority is working in coordination with the relevant authorities to achieve the national policy for the adoption of professional skill tests in several professions, including the registration of engineers in all specialties, adding that cooperation with the association has succeeded in achieving the objectives for which tests were held.

He pointed out that the representatives of the Federation of Offices and Industries, have requested the activation of all procedures related to the tests of engineers, and speed up through the interconnection between the relevant bodies to facilitate its procedures and shorten the documentary cycle.