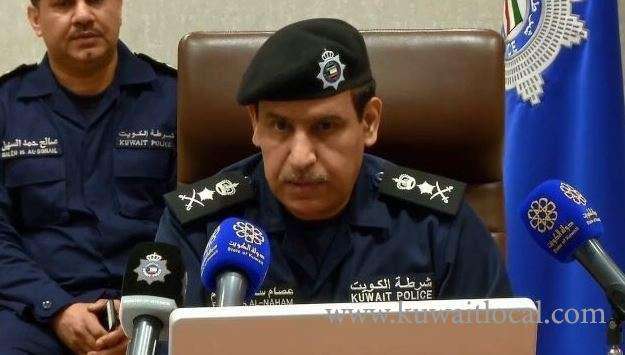 Kuwait’s Minister of Interior Undersecretary Lieutenant General Essam Al-Nahham announced on Saturday that the Ministry’s operations center received during the past few days, since outbreak of heavy rainfall, up to 20,027 reports including 3,000 ones of serious situations.
He took part in a joint press conference, held by government bodies taking part in the emergency high committee at the Ministry of Interior operations center at His Highness Sheikh Nawaf Building today, on procedures that have been taken to cope with the record heavy rainfall and future plans.

The Ministry prepared operation chambers to work all over the day as well as administrative ones in the southern areas of the county that were severely affected yesterday by the rains.

It is currently preparing new chambers in the norther parts of Kuwait to prepare for the expected rains, Al-Nahham said.

He called on citizens and expatriates to ignore rumors regarding the weather status, and to listen only to the appropriate and true information from the official sources through Kuwait official TV channel.
He praised the distinguished efforts exerted by various ministries and governmental bodies that were in charge of this crisis since the outbreak of the heavy rainfalls.

He affirmed Prime Minister Deputy and Minister of Interior’s keenness to be present at the operation center to follow up on latest developments of the situation in Kuwait, and to issue any needed orders to facilitate the traffic flow.