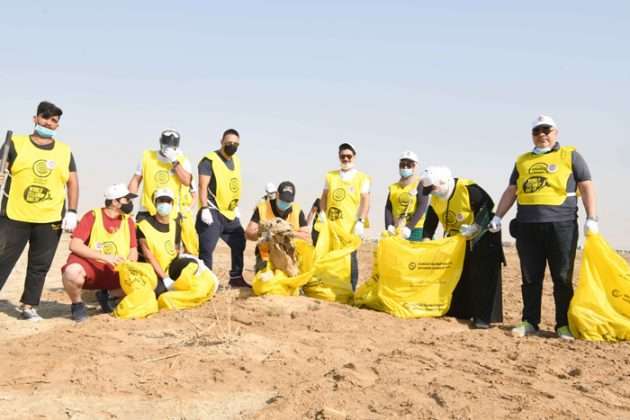 In conjunction with global initiative (World Cleanup Day), Kuwait started on Saturday its campaign in titled” Kuwait is clean” with participation 5,000 people.

In a press statement, head of the Al-Nowair initiative Sheikha Intisar Salem Al-Sabah expressed her pride and happiness at the launch of the campaign, pointing out that Kuwait is participating in this historic event for the first time.

The participation of Kuwait in such event will strengthen its international position in the field of environmental preservation, she added. On his part, Minister of state for Municipal affairs Waleed Al-Jassem thanked Al-Nowair initiative for its volunteer camping.

He stressed that Kuwait municipality constantly supported such volunteer campaigns aiming to create a safe and healthy environment for all. On the other hand, Director General of the Public Authority of Environment Sheikh Abdullah Al- Ahmad Al-Sabah confirmed the importance of such initiative, which will help in extending the public environmental awareness.

Meanwhile, Assistant Minister of Foreign Affairs for International Organizations Nasser Abdullah Al-Hein said, the Ministry is keen to participate in this event due to the importance of the issue locally and internationally.

He praised the distinguished efforts made by Sheikha Intisar Al-Alsabah over the years to preserve the environment. Deputy Chief of Staff of the Supply Authority at the Ministry of Defense Major General Ali Abdul Hadi Al-Shanfa said in this regard, the ministry higher leadership was keen to participate in this campaign.

Ambassadors of the United States of America Alina Romanowski said that the embassy was eager to join the international community in its responsibility to preserve a clean environment, indicating that participation in today’s event was within the global effort in this regard.

Similarly, Canadian Ambassador to Kuwait Wes Pierre Edmond indicated that both countries are interested in addressing climate change and environment preservation, praising at the same time, government bodies and private sectors to contributions to such global event.