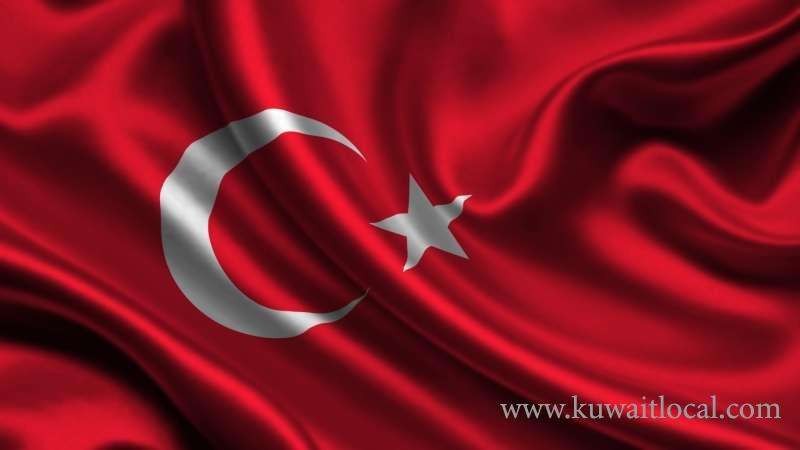 Turkey’s Minister of Development Lutfi Alwan Wednesday disclosed that the Turkish government has agreed to grant foreign investors, including Kuwaitis, three-year residency in Turkey. This declaration was made during a meeting that Alwan had with the Kuwaiti-Turkish Parliamentary Friendship Committee, which is headed by MP Dr Jama’an Al-Harbash and have MP Dr Adel Al-Damkhi, MP Abdullah Fahad and MP Nayef Al-Mirdas as members, at the Ministry of Development building in Ankara. Alwan said the Turkish government, since last June, decided to cancel the Value Added Tax (VAT) of 18 percent for foreign investors including Kuwaitis.

Readiness
He highlighted the deep historic and strong relations between Turkey and Kuwait, which has been witnessing great developments in the last few years. Alwan affirmed the interest of his country to encourage and motivate foreign investors in Turkey. He said the Turkish government supports Kuwaiti youths who want to invest in Turkey, expressing his country’s readiness to set up a mechanism for forming Turkish- Kuwaiti youth forum in order to make investments in both countries and to hold exhibitions for the Turkish Exporters Council in Kuwait.

On his part, MP Al-Harbash revealed that the Kuwaiti delegation was briefed on the Turkish experience in development and explored Kuwaiti investment projects in Turkey and Turkish investments in Kuwait, affirming that the execution of the project for expansion of Kuwait International Airport by a Turkish company is a gateway to major developmental projects in Kuwait. He explained that the delegation discussed the problems faced by Kuwaiti investors in Turkey especially in the field of real estate. They presented a proposal to form a committee between the two parties to resolve the disputes between Kuwaiti investors and Turkish companies.

The minister promised to discuss the proposal with the Turkish Minister of Interior and provide the Kuwaiti side with the results of the discussions as well as agree to establish a permanent link through the Kuwaiti- Turkish Parliamentary Friendship Committee and the Embassy of the State of Kuwait in Ankara. The delegation also proposed forming a mechanism for the Kuwaiti- Turkish Youth Forum in terms of the projects carried out by the Kuwaiti youths in Turkey in light of Kuwait’s interest in small and big projects.

MP Al-Harbash affirmed that the Turkish minister expressed his readiness to create any forum to cooperate in presenting the Turkish experience and offering Turkish products through Kuwaiti investors. He said these measures are supposed to be activated through the Kuwait’s Ministry of Commerce and Industry, highlighting the visit of Minister of Commerce and Industry Khaled Al-Roudhan to Turkey last June as well as the scheduled visit of His Highness the Premier Sheikh Jaber Al-Mubarak Al-Sabah to Ankara in September this year. Meanwhile, the Arab Parliament Speaker Mishaal bin Fahm Al- Salami stressed on Wednesday that any solution to crises and confl icts affecting the Arab region, including Syria, should be political, says KUNA.

Challenges
Al-Salami highlighted the need to address challenges, he described as “grave, exceptional and dangerous,” through joint efforts, transparency, unearthing solutions and fighting terrorism and fundamentalism. “Our strength is in our unity and cohesion as our language is one, our identity is one, our culture is one, our history is one and our destiny is one,” he told Arab delegates gathered at the Arab League in Cairo. He expressed support of the three summits recently hosted by Riyadh, saying they did much to build a solid partnership between Arab and Islamic countries, and the United States.

This partnership is aimed at tackling fundamentalism and terrorism, along with nations and institutions that fund it, achieving peace, stability and development in Arab and Islamic countries Arab countries have become initiators in resolving issues of common interest, he said, particularly on terrorism and steps to ensure regional safety and security. Furthermore, he reiterated his condemnation of Israeli policies, including digging a tunnel under the Wailing Wall and it’s continuing construction of settlements on occupied Palestinian lands. On the Gulf crisis between Qatar and several Arab countries, he expressed extreme anxiety over its continuation and underlined the need to resolve this matter within the Gulf Cooperation Council’s framework.