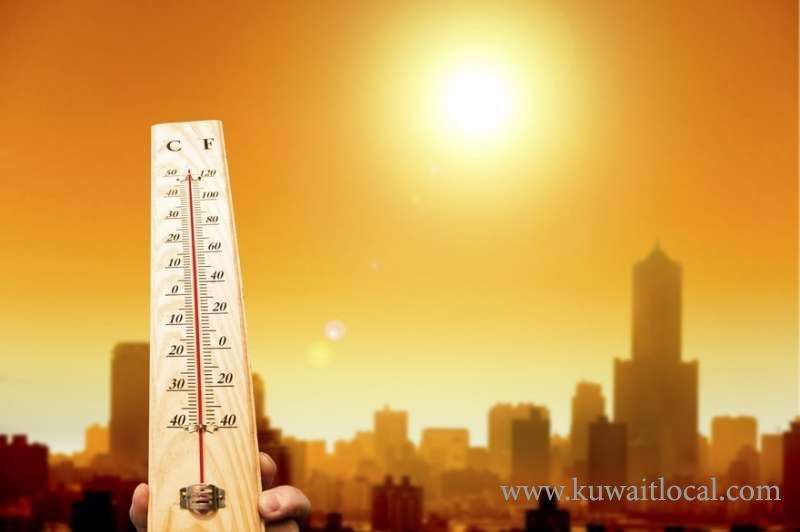 He said, “In the next few days, we will notice a rise in temperature that may reach 52 degrees Celsius at the highest limit. This is because of change of air mass and expansion of the Indian seasonal low, which always affects Kuwait”.

Al-Qarawi explained that high temperatures will continue until the end of July, and that the normal temperatures will be between 48 and 51 degrees Celsius. Kuwait is expected to experience “Jamra Al-Qaidh” the highest temperature in the summer season during the last week of July.

The country will witness gradual decrease in temperature from the beginning of August with the start of change in air mass. The wet atmosphere will enter from mid-August and the weather will be cool in November. He advised “not to engage in external activities and exposure to direct rays of the sun from 11 pm to 4 pm because of the peak solar concentration, especially after the death cases recorded last week due to sunstroke.”