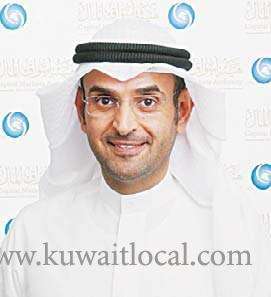 Society’s security could not be achieved without having effective economic and social security policies that meet people’s needs and preserve their rights, Representative of His Highness the Amir Sheikh Sabah Al-Ahmad Al-Jaber Al-Sabah, Minister of Finance Dr Nayef Al-Hajraf has stated.

This remark was made by Al-Hajraf at the inauguration of the 19th conference of the International Conference of Social Security Actuaries, Statisticians and Investment Specialists which kicked off on Kuwait Tuesday under aegis of His Highness the Amir.

Al-Hajraf added that the conference would serve as a platform for addressing many challenges. He pointed out that the International Social Security Association (ISSA)’s choice of Kuwait to host this conference is a proof of the global and regional status enjoyed by Kuwait.

He highlighted the pivotal role played by the Kuwait Public Institution for Social Security (PIFSS), the conference organizer, in formulating the ISSA’s strategies and visions for the future of the social security industry around the world and devising solutions to meet the challenges. He pointed out that PIFSS has started an ambitious program in collaboration with the Ministry of Higher Education for graduating Kuwaiti actuaries.

For his part, PIFSS Director- General Hamad Al-Humaidhi said in a similar speech that the institution’s goal of expanding social security and narrowing the gap in insurance coverage was based on the available global estimates that only 20 percent of the world population receives appropriate social security coverage.

Digital Al-Humaidhi cited what he called the fourth industrial revolution and the transition to the digital economy as the main challenges facing economies and insurance industry worldwide. The growing number of digital platforms and rapid automation of services would greatly impact the traditional patterns of employment as the new technology would replace many jobs, he said, stressing the importance of working out new visions and strategic mechanisms for this transformation. He thanked His Highness the Amir for his patronage of this conference, which hosts about 300 investment, actuaries and statistical experts.

For his part, Secretary-General of the International Social Security Association (ISSA) Hans-Horst Konkolewsky emphasized the importance of actuary work in achieving sustainability in various domains. The issue of sustainability is now more important and complex than in the past, he argued. He noted that there was an increasing focus on assessing social security programs.

The three-day conference brings together more than 250 delegations from 90 organizations and 57 countries, as well as a number of internationally renowned actuaries, economists and statisticians. The event provides an unrivaled platform to discuss and debate the key issues facing social security and the role of actuaries and investment experts in addressing them.

The conference features contributions from all world regions, and will analyze examples of recent actuarial work addressing the challenges facing social security, as well as highlighting the role of institutions in undertaking and managing this work supported by the ISSA-ILO Guidelines on Actuarial Work for Social Security