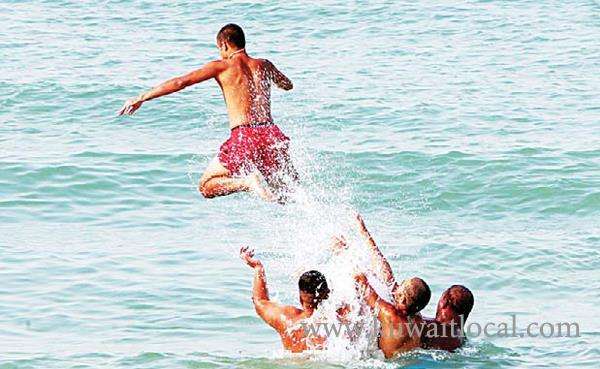 A group of academics and physicians agreed that the record rising temperatures in Kuwait had a negative effect on productivity with the only way out seemingly was to take a leave of absence.

On the medical side, Health Ministry official and spokesman Dr Ahmad Al-Shatti told KUNA that the increasing temperature this summer had negative effects on employees, especially those under direct sun exposure like construction workers and so on.

Those working outside have a high risk of dehydration and increasing body temperature, which leads to horrific incidents of loss of consciousness and other symptoms, said the Dr Al-Shatti who warned that if left untreated, it might lead to death. At the Al-Shuaiba health clinic, between 400 to 500 cases of heat strokes amongst construction workers and emergency staff arrive at the clinic, which gave an indication of how serious the matter was, noted Al-Shatti.

He pointed out that the State of Kuwait was carrying out measures to ensure the safety of workers especially under direct sun exposure. He mentioned his country recently held the fifth GCC professions safety and healthcare conference as part of Kuwait’s keenness to discuss the matter further on a regional level.

While heat strokes mainly occur outside, workers within office environments are not safe considering the record heat wave experienced in Kuwait, commented Dr Al-Shatti who advised all employees to stay hydrated and avoid direct sun exposure.

Psychologically, most employees in Kuwait have this notion that the summer season equals vacation time and with the current record temperatures, most Kuwaitis seek havens abroad to avoid the scorching heat, said Dr Nadia Al-Hamdan, professor of psychology at Kuwait University (KU).

Heat and exhaustion in general have profound effects on the brain and neurological system, leading to the increase of stress-inducing hormones and other ill effects, Dr Al-Hamdan affirmed. She added that the increasing heat leads to reactions, which might not be preferable at the workplace; however, the current weather predicament should not dictate one’s behavior.

Employees should try to compose themselves regardless of the situation and they should avoid conflicts as much as they can, she indicated. Providing further academic input, KU’s social services professor Dr Hadi Ashkanani called for additional and thorough studies to link heat with negative behavior to determine the causes of conflicts and ways to avoid them. He agreed that the current heatwave had a visible effect on productivity and human activity, noting that it was natural for those working in places, which lack methods of cooling to prefer rest than continuing with their tasks.