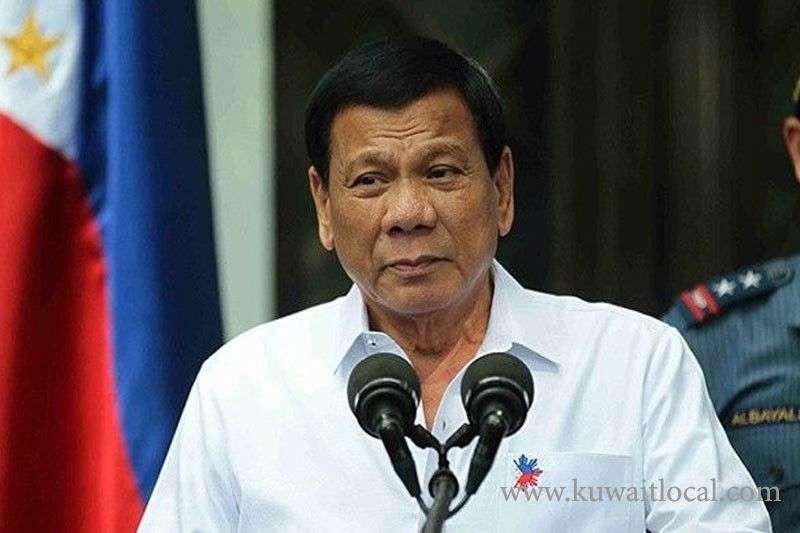 Vice-President Leni Robredo wants sanctions against the recruiter of Filipino domestic helper Jeanelyn Villavende, who allegedly died in the hands of her employer’s wife in Kuwait. “They must seriously look into the sanctions that must be imposed not just on her (Villavende’s) employers but on her agency as well,” Robredo said over dzXL, reports Philstar.com She said the Filipino household helper had sought help from her agency months before she was killed.

“She asked for help from her agency but it didn’t do anything to remove her from her situation,” Robredo said. Reports said Villavende was “black and blue” and “already dead” when she was rushed to hospital.

The Vice-President also urged the government to look into the implementation of the agreement signed by the Philippines and Kuwait in 2018 for the protection of Filipino workers in the Gulf state. “There’s a provision there which states that their employers can’t take possession of their passports, cellphones and transfer them to another employer without our permission. But it appears that the (agreement) is not being implemented,” Robredo said. Villavende’s death prompted the Philippine government to impose a partial deployment ban on new household service workers to Kuwait.

Suspension
In 2018, the government already enforced a suspension of Filipino workers to Kuwait following the death of Filipino domestic helper Joanna Demafelis. “The government must really study this because even if there was suspension last year and the memorandum of agreement, this (deaths of OFW) still happened. The (government) must ensure this won’t happen again,” she said. ACTS-OFW Party-list chair John Bertiz called on the government to impose a total deployment ban on household workers to Kuwait.

Meanwhile, President Duterte may still push through with his scheduled trip to Kuwait in the first quarter of the year despite fresh tensions between the Philippines and the Gulf state over the recent killing of a household worker. Sen. Christopher Go said no changes in Duterte’s plans to visit Kuwait have been made so far. “He (Duterte) plans to go (to Kuwait) this quarter or sometime March or April because after the agreement with Kuwait in 2018, the relations of our two countries have been good as well as the conditions of the OFWs (Overseas Filipino Workers) there,” Go said.

He said the Kuwaiti government has granted many requests made by the government. Go also demanded justice for the death of Jeanelyn Padernal Villavende. The victim, who hailed from Norala, South Cotabato, was allegedly killed by her employers in December last year. The suspects are currently in the custody of authorities. Sen. Manny Pacquiao said the deaths of Villavende and other OFWs in an accident in Singapore should prompt Congress to prioritize the approval of proposals creating a separate department for OFWs.

Pacquiao, the principal author of Republic Act 11227 or “The Handbook for Overseas Filipino Workers of 2018,” lamented that OFWs make a lot of sacrifices while working abroad and many are constantly at risk because of the nature of their job. It is for this reason that he filed Senate Bill 997, which seeks to create the Department of Overseas Employment so that the government can focus more on serving OFWs. Pacquiao noted that from repatriation of the workers’ bodies to the legal process of running after those responsible for their deaths, assisting their families is a long and circuituous route that requires full government attention.

Livehood
Sen. Cynthia Villar said the departments of Labor and Employment, Trade and Industry, and Agriculture can provide alternative livelihood and job opportunities for OFWs affected by the Kuwait deployment ban. She mourned Villavende’s “tragic death in Kuwait at the hands of her cruel employer.”

“Any investigation into this case should include the alleged failure of both the local licensed agency and its foreign counterpart to closely monitor the working and living conditions of Jeanelyn. Based on news reports, the OFW had already been complaining to her local agency of contract violations a month after her deployment to Kuwait.

“Were these complaints ever acted upon?” Villar said. She said the government should scale down the deployment of domestic workers to the Middle East until such time that it is able to put in place a more effective monitoring system on site. “Because this is a business, recruitment agencies will accept job orders for domestic workers that may already be beyond their capacity to monitor. This is one aspect of overseas employment that deserves our serious attention,” Villar said.