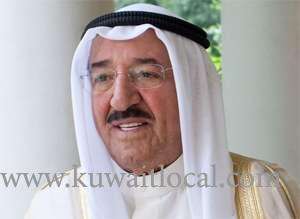 The celebrations for the 56th National Day coincided with the rapid development witnessed in Kuwait recently under the reign of the global humanitarian leader, His Highness the Amir Sheikh Sabah Al-Ahmad Al-Jaber Al-Sabah.

Due to instructions by His Highness the Amir Sheikh Sabah, Kuwait had made huge leaps in its development projects aimed at transforming the nation into a global commercial and financial hub. Chief amongst these projects is the Sheikh Sabah Al-Ahmad coastal city, one of the major projects carried out wholly by the private sector in Kuwait.

The city will provide top notch public services and facilities to the future dwellers. Other housing projects include the South Mutla’a City project, which will hopefully be the key solution to the housing crisis in Kuwait. The city will have 12 blocks with modern facilities and public services. Some 400,000 people are expected to live there. In the realm of transportation, the Jaber Bridge — a 37 kilometers road over the Bay of Kuwait — will help link Kuwait City to the northern parts of the country

Project
The project will hopefully contributed to the end of severe traffic jams in Kuwait and it also facilitate the transport of goods and commodities in Kuwait. In the same vein, the 17.7 kms Jahra road development project, which partially opened, was amongst the development plans aiming at a smoothing out transportation in Kuwait with its extended bridges and road conjunctions.

The seaport is part of His Highness the Amir’s vision to transform Kuwait into a vital international center for business and commerce. The hands of development will also be extended to Kuwait international airport, which will open its second passengers’ building. The facility cost around KD 1.3 billion and it will accommodate between 13 and 25 million travelers annually. Also amongst the development projects is the Sheikh Jaber Al-Ahmad hospital, which will be the largest health facility in the Middle East and the sixth largest hospital in the world.

The hospital’s main building will have a capacity of 1,200 beds in addition to vital specialized health centers and clinics. The facility will also have a fleet of 50 ambulances and an air ambulance service. Over 600,000 people are expected to benefit from the hospital services. While in the oil and petroleum domains, the biofuel project, which was signed in April 13th, 2014, will help further develop the oil industry in Kuwait.

This project is part of Al-Ahmadi and Mina Abdullah refineries expansion plans, which will enable it to increase production for both facilities to 800,000 barrels per day. The oil industry is also looking forward to the operation of Al-Zour refinery in December of 2018. The refinery is expected to produce 615,000 bpd in which 225,000 bpd will be pure biofuel.