Former MP Ahmad Lari affirms that the new charges of electricity will not be applied in the private houses of Kuwaiti citizens before the year 2018. He said the Parliament’s Finance Committee will compare and discuss the prices suggested by the committee and the government, and will take into consideration the electricity prices in other Gulf countries.

Lari explained that the authority which studied the price schedule of electricity in GCC countries affirmed that citizens with limited income will not be affected by the new prices. According to the above mentioned GCC electricity price schedule, consumption of the first 6,000KW costs KD 48.

In Saudi Arabia, consumption of 6,000KW costs KD 48, in Bahrain KD 35 and in Dubai KD 132. However, the committee is planning to request the government to retain the current price of KD 12 for consumption of first 6,000KW in Kuwait.

On the other hand, the committee has suggested charging KD1.25 for use of the same volume. In Saudi Arabia, the cost of consumption of the same volume of water ranges between KD 1 and KD 3 and in Oman KD 1.2 and KD 3.

When comparing these figures, electricity consumption in Kuwait is among the highest in the world but cheapest among the Gulf countries.

The application of the new prices is not aimed for collecting more money from the people of Kuwait but to encourage minimization of electricity and water consumption. About 30 percent of the citizens consume less than 6,000KW per month, which will place them in the first category.

According to the Finance Committee, people in the first category will not be affected by the new prices. The objective of the new prices is also to ensure fair distribution of the subsidy granted in this regard.

Ministry of Finance Undersecretary Khalifa Hamada has denied the rumor that implementation of the new electricity fees will be postponed until 2018 for private houses, stressing the government has no intention to take this step, reports Al-Anba daily. On the other hand, Chairman of the parliamentary Priorities Committee Dr Yousef Al-Zalzalah said a decision will be taken soon regarding the new electricity fees but the implementation will be done later.

State Minister for Housing Affairs Yassir Aboul has vehemently denied rumors that the Public Authority for Housing Welfare (PAHW) intends to reduce the rent allowance or amend the law in this regard, reports Al-Rai daily. In a press statement, Aboul stressed the law stipulates the value of the rent allowance; hence, it cannot be reduced, asserting there has been no discussion on reducing the allowance. 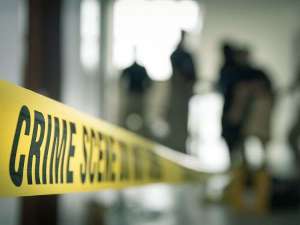