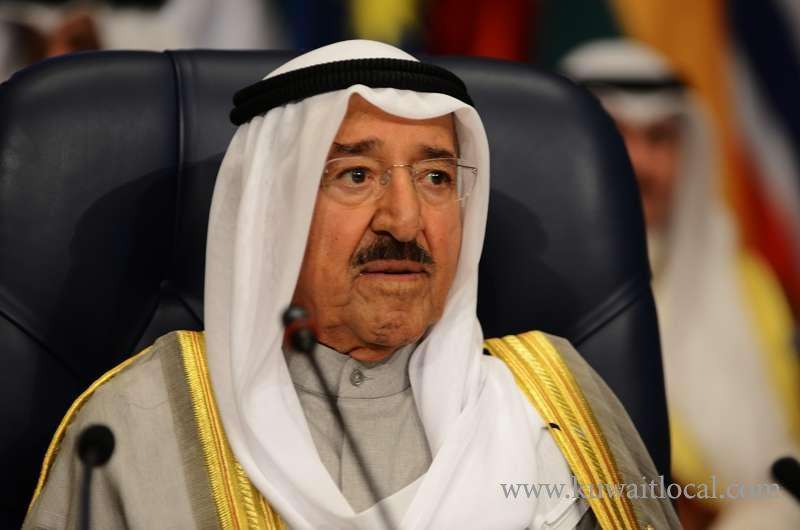 Kuwait’s Emir Shaikh Sabah Al Ahmad has warned that he would not hesitate to take any decision to guarantee the country’s security and stability and protect the future of Kuwaiti citizens.

In a message to the country’s lawmakers, read out by Parliament Speaker Marzooq Al Ghanem, Shaikh Sabah urged the lawmakers to work diligently to preserve the stability of Kuwait, consolidate its cohesion, carry out their historic responsibilities and provide the best possible assistance and support to the political leadership.

The demonstration should be through the establishment of constructive, real and tangible cooperation between the legislative and executive branches, promoting a serene environment of agreements and understandings, rectifying wrong practices and avoiding unjustified political escalations during critical and exceptional times.

The lawmakers should also consider with great interest the urgent economic and security issues, he said.

Shaikh Sabah reiterated “the importance of preserving national unity and the cohesion of the internal front, categorically rejecting any sectarian, tribal or factional affiliations and not allowing any political speech that incites sectarian or ethnic hatred.” The Emir called on the lawmakers to move forward and be role models for the people, promoting unity and shunning divisions.

Shaikh Sabah also warned against being drifted emotionally regarding the crisis among "brothers in the Gulf" or engaging in any political or media abuses.

He said that Kuwait was a real mediator from "inside the Gulf" concerned about settling the crisis "among the brothers" and was not a third party, noting that "upon that objective and sincere approach we will remain and proceed."

The emir was referring to the dispute that came out in the open on June 5 when Bahrain, Saudi Arabia and the United Arab Emirates, joined by Egypt, cut off their diplomatic and trade relations with Qatar, accusing it of supporting extremists and funding terrorism.

Kuwait has since exerted several efforts to mediate between the two sides, but five months into the crisis, no breakthrough or even incremental progress has been achieved.

Bahrain, Saudi Arabia, the UAE, Kuwait and Qatar are members of the Gulf Cooperation Council (GCC) a loose alliance that also comprises Oman set up in May 1981.