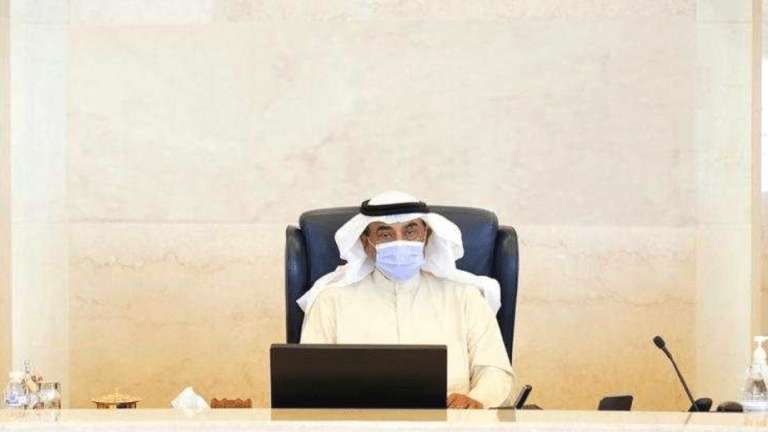 His Highness the Prime Minister Sheikh Sabah Al-Khaled said the health situation in the country is stable, but stressed on the need for caution, diligence, adherence to health instructions and guidelines, and vaccinations to move to a safe situation.

During a meeting with senior government officials at the Jaber Cultural Center, Al-Rai daily said, the Prime Minister stressed on the need to “not forget the words of His Highness the late Amir to us at the beginning of the pandemic, when he said (be responsible, for people’s lives are in your hands), which has made our mission sacred.”

Al-Khaled added the government faces a great challenge to launch the unified government application within days, which he called a test and a challenge for government officials. “I will not accept a return to paper transactions. What I am looking for are desired goals.”

The Prime Minister explained the government has begun work on development projects and has taken serious executive steps in cooperation with the private sector to implement these projects, and called on the officials to cooperate and facilitate procedures by overcoming the obstacles, especially when it comes to small and medium projects SMEs.

Al-Khaled indicated there is a new pattern and approach to follow up on the government’s work program, and said, in the past, “there was no cooperation and no progress”, and now a committee has been formed in the Cabinet to follow up on the implementation, reports of cooperation or negligence, and punish those who are found guilty.

The Prime Minister stressed the fight against corruption is a duty that everyone shares, adding, “We will not hesitate to hold any official accountable and take him to court whenever it is proven that he has compromised the state’s gains and harmed public funds.”