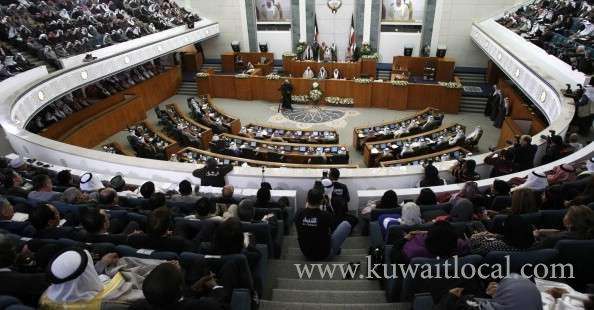 MP Yousef Al-Fadala commented on the Health Affairs Committee’s decision to reject his recommendation to make men and women equal in terms of medical guardianship for their children.

Although the committee justified its decision by saying that the recommendation necessitates legislative amendment, the MP pointed out the Ministry of Health has taken many administrative decisions which cover his recommendation. He criticized the committee, asserting it is unaware of the suffering of families; especially women, in case the children need medical attention while the father or ex-husband is away.

He added the committee will discuss the Patients Rights Act soon, so he is preparing a legislative amendment on granting mothers the right to medical guardianship. He hopes this amendment will be included in the new law. Commenting on the issue, Health Affairs Committee Rapporteur MP Sa’adoun Hammad clarified the committee agreed on the context of the recommendation but it was rejected because it was submitted in the form of a proposal, in addition to the absence of legislative amendment and it is not obligatory as well.

women the right to approve medical procedures for her minor children including hospital admission, surgery, medicine and discharge from the hospital.

Moreover, a number of MPs have reacted to the announcement of the government regarding the State budget deficit. MP Majed Al-Mutairi submitted a proposal to establish a financial consultancy institution at the National Assembly to work with the Budgets and Final Accounts Committee. He said the tasks of the proposed institution shall include verifying figures, statements and indexes issued by the government and then confirm that they are factual. He added the institution will consist of economic, legal and financial experts.

MP Ali Al-Daqbasi affirmed in a press statement that the MPs will not remain silent over the financial policies of the State and the provocative statements of Finance Minister and acting State Minister for Economic Affairs Mariam Al-Aqeel about the budget deficit. He had earlier submitted a number of questions regarding the issue, stressing the hints in the statements of Al-Aqeel that salaries are considered a heavy burden on the budget are unacceptable. He rejects any attempt to impose tax or increase fees for services offered to citizens using the budget deficit as justification. If the government, represented by the Ministry of Finance, is serious in finding solutions to the financial problem; it must stop expenditures on worthless studies and researches which remain in the drawers.

The government must stop extravagant expenditures on parties, festivals, accessories and fuel for private aircraft allocated for ministers, the lawmaker asserted. He went on to say that it is better for the government to minimize renting buildings to public institutions for a huge amount of money rather than targeting the citizens’ pockets.

He also stressed the need for the government to tackle the issue of expatriates occupying 30 percent of administrative posts in public institutions while a large number of citizens are waiting for jobs. He then urged the government to set a good example for citizens in rationalizing expenditures, instead of depriving them or their rights. On the other hand, MP Riyad Al-Adsani has refuted the budget deficit announcement; stressing that the Kuwaiti economy is strong but it needs proper management.

He cited examples such as the management of Kuwaiti ports which bring only about KD 90 million per year, while the satisfactory revenue should reach billions of dinars as the case in neighboring countries. MP Sa’adoun Hammad said the deficit is only on paper since the budget depends on oil revenues alone, while the profits from investments are ignored. He added the projected budget is based on the estimated price of oil per barrel which is lower than the actual price.

He also voiced objection to any attempt to imposed tax under the pretext of addressing the budget deficit. In another development, MPs Osama Al-Shaheen, Khalid Al-Otaibi, Dr Ouda Al-Ruwai’e, Thamer Al-Suwait and Ali Al- Daqabasi submitted a draft law to amend Law No. 2/2016 on the establishment of the Anti- Corruption Public Authority (NAZAHA). The bill stipulates adding the following to Article 32 of the current law: “The Assembly Speaker, Deputy Speaker and MPs must submit their statement of assets, liabilities and net worth according to the procedures stated by the relevant body.”

Meanwhile, MP Dr Khalil Abul has suggested that Minister of Education and Higher Education Dr Saud Hilal Al-Harbi should issue a directive allowing Kuwaiti students enrolled in universities abroad to complete their studies in private universities in the country in case they decide to quit studying abroad for some reasons. He said the directive should also allow these students to start a new specialization even if their secondary certificates were issued more than two years ago. He added the directive must take into consideration the period of study abroad if the student decides to continue the same specialization in Kuwaiti private universities as long as the foreign university is accredited by the Ministry of Higher Education.