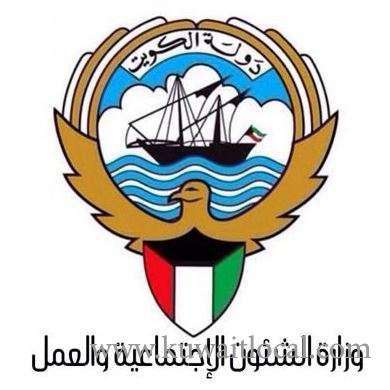 Minister of Social Affairs and Labor, and State Minister of Economic Affairs Hind Al-Sabeeh revealed that 12 contracts related to technological services were signed at the Central Statistical Bureau from Aug 1, 2012 to Feb 2, 2016, reports Al-Shahed daily.

She affirmed that the contracts were signed after receiving approvals from monitoring bodies for M.A.L. Company and A.KH.K Company.

Minister Al-Sabeeh explained that the report issued by the State Audit Bureau highlighted some remarks about the contracts. These included renewal of the contract with specific contractors and specialists more than once.

The period of the contracts was four years with total cost of KD 434,348. However, the contracts did not meet the objectives for which they were signed.

According to the terms specified in the contracts, the contractors were supposed to share their expertise with the national manpower in order for the latter to run the Information Technology Department.

She indicated that the report highlighted the fact that the contractors are still occupying their positions without giving necessary profits to the Central Statistical Bureau.

The minister revealed that the report recommended revising the contracts signed with the contractors, as the latter did not meet the condition to share their expertise with Kuwaiti employees and train them.

In the meantime, Hind Al-Sabeeh has rejected a signal from Kuwait Union of Consumer Cooperative Societies (KUCCS) suggesting the prices of commodities should be raised due to an increase in value of state property rent, reports Al-Seyassah daily.

The minister said all cooperative societies have prosperous budgets and she wonders the need for increasing prices. She disclosed her ministry will hold coordination meeting with the Ministry of Finance and the union of cooperative societies to deliberate on the issue of high rental fees by the Ministry of Finance. She emphasized the union’s plan to increase the prices of commodities due to the increasing rent value, and required the concerned ministry to retract the decision.

For his part, board chairman of the union Ali Al-Kandari declared the Ministry of Finance has forwarded the list of prices included in the administrative decision number 40/2016, showing a meter of space inside cooperative stores has been increased from KD 2.4 to KD 3.5 and KD 1 for administrative space instead of KD 0.360.

He pointed out that investment shops within the premises now cost KD 2.5 instead of KD 2.4, while investment shops outside the vicinity of the main cooperative stores settled on KD 2.5 from KD 1.2.a