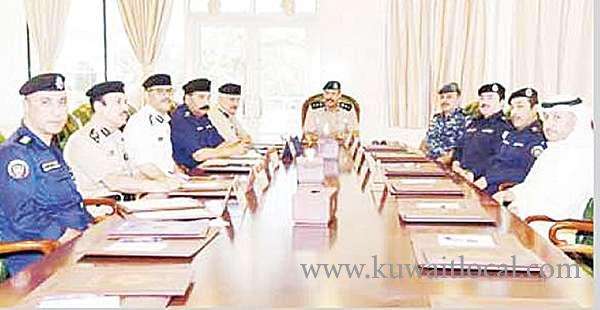 According to a press release issued by the Public Relations and Security Media Department of Ministry of Interior, Lieutenant General Sheikh Faisal, who was heading a committee of security leaders, affirmed the importance of spreading awareness, ensuring preparedness, exerting efforts, and implementing necessary measures to ensure security and safety.

He stressed the need for police officers to deal politely with Kuwaiti citizens and expatriates, and provide necessary support to all especially the elderly and the disabled.

Lieutenant General Sheikh Faisal appreciated the efforts exerted by all sectors of the ministry.

During the follow-up meeting, the measures taken by all sectors of the ministry in preparation for Eid Al-Adha holidays, the tasks and duties of all the security sectors, and ways to deal with various situations with the cooperation of the concerned authorities were discussed.

He also discussed the measures taken at border checkpoints to deal with increase in the number of people leaving and entering the country on the occasion of Eid Al-Adha including the Hajj pilgrims.