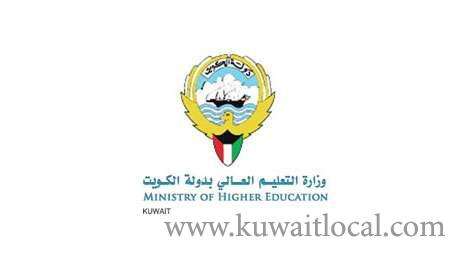 In his statement to the daily after meeting officials of the Higher Education Ministry, Secretariat General of the Private Universities Council, Kuwait University, and Public Authority for Applied Education and Training (PAAET); Al-Azmi disclosed the number of Kuwaiti students and children of Kuwaiti women married to non-Kuwaitis registered in public and private schools is about 29,000. Al-Azmi said the results of secondary level examinations will be announced on June 4 while that of makeup exams will be on July 2 in order to give the students enough time to apply for admission to various higher education institutions.

Postponed
He added Kuwait University will admit 6,157 students in the first semester of the next school year, whereas 200 of those whose applications were postponed will be accepted in the second semester. Asked about the scholarship program, the minister unveiled the Higher Education Ministry’s plan to grant 3,400 foreign scholarships; as well as 3,200 internal scholarships by the Secretariat General of the Private Universities Council. He also confirmed the provision of about 19,000 seats in PAAET.

Meanwhile, the Ministry of Education has announced that 226 12th grade students were not allowed to take the exam in Arabic subject – 142 of these students are from the Science Division, 123 from the Literary Division and one from the Religious Institute, reports Al-Shahid daily.

Tasked
In another report, Ministry of Education Undersecretary Dr Haitham Al-Athari has announced the formation of an ad-hoc committee tasked to translate Islamic studies books and Holy Quran for eighth grade students in English schools for the academic year 2018/2019, reports Al-Rai daily. Al-Athari set the end of December as the deadline for handing over the original books, along with two copies and CDs that contain photos and figures.