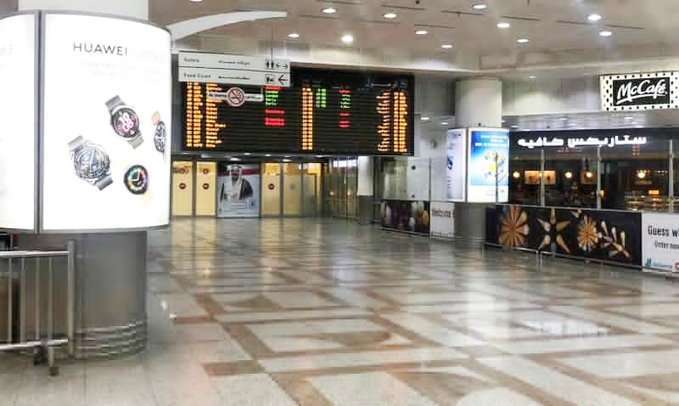 Implementing the decision to allow passengers from the banned countries to enter Kuwait after spending 14 days of quarantine in a transit country is facing difficulties due to the limited passenger seats and cancellation of thousands of travel reservations by some airlines, reports Al-Qabas daily.

This is due to the Cabinet’s decision to limit the number of expatriates entering the country by banning several countries and setting the operating capacity for arrival flights at 35 passengers per flight.

Sources in the tourism and travel sector explained that expatriates traveling through transit countries will have to stay in those countries for additional periods due to the unavailability of flight tickets during this period.

Some expatriates, several hours prior to the implementation of the decision, had booked new “transit” tickets and crossed through several stations, most notably Ethiopia and Saudi Arabia, in order to return to Kuwait. The cost of tickets for expatriates traveling through transit countries reached about KD 850.

The aim of the decision is to resort to travel stations that do not witness density of travelers in order to win the quotas for those coming from these countries, despite the presence of several difficulties in terms of the length of transit period that may extend to 20 hours until they reach Kuwait.

The aviation market is currently witnessing a great rush to book tickets, but with some airlines canceling scheduled flights to Kuwait due to lack of economic viability, it has become difficult to obtain a reservation for a flight ticket.

On the other hand, Kuwait International Airport this week witnessed the implementation of the decision to reduce the number of arriving expatriates by no more than 1,000 passengers per day.

According to an informed source, the procedures for testing passengers proceeded normally, as several flights to Kuwait were received, and medical devices were used to examine passengers before they entered the country as part of the precautionary measures to maintain the health system.