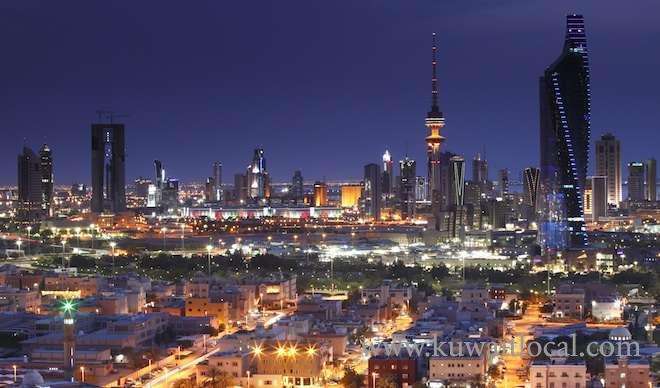 Overall real GDP growth in Kuwait is expected to pick up over the medium term, according to the preliminary findings released by the IMF staff at the end of their visit (mission) to the country on Wednesday.

Driven by accelerated project implementation under the five-year development plan and improved confidence, non-oil growth is projected to increase gradually to about four percent, the mission's report said.

Hydrocarbon output is forecast to increase by 4.5 percent in 2018, as the OPEC+ deal expires (mission's baseline assumption) and to expand gradually afterwards in line with investment plans in the sector.  Inflation is expected to rise to 2.5 next year and to peak at 3.75 percent in 2019, due to the introduction of the new taxes, before stabilizing below 3 percent.

The gradual pickup in oil production and prices will keep the current account broadly balanced over the forecast period. The overall fiscal balance is projected to remain nearly balanced. Notwithstanding the recent rise in oil prices, the mission's baseline scenario assumes oil prices at around USD 49 per barrel in 2017-19, increasing to about USD 52 per barrel over the medium-term.

It also accounts for the introduction of a value-added tax (VAT) and excises on tobacco and sugary drinks, some increases in the price of government services, and full compliance with the recently announced three-year expenditure ceilings. Gross financing needs will, however, remain large.

After transfers to the FGF and excluding investment income, a fiscal deficit of about 15 percent of GDP annually will generate cumulative financing needs of some USD 100 billion over five years. The financing needs will continue to be met through a limited amount of domestic borrowing, external borrowing, and drawdown of GRF assets.

While this would bring readily available GRF buffers down under the baseline, total KIA assets would continue to increase in nominal terms. These developments will be broadly favorable for financial stability and credit growth, although there are downside risks to asset quality.

Nonetheless, loss absorption buffers are high and banking sector liquidity is ample. Lower oil prices over the medium-term could generate higher deficits and financing needs, making the government susceptible to shifts in market sentiment.

Should investors' appetite for GCC international sovereign bonds decline in this environment, the government could face a trade-off between issuing more domestic debt, at the risk of crowding out private sector credit, or allowing financial buffers to run lower. Nonetheless, if sustained, the recent rebound in oil prices may present upside risks, although these might be offset by lower oil output than presently assumed if the OPEC+ agreement is extended.

The mission highlights the large potential growth dividends from fiscal and structural reforms. While fiscal adjustment may dampen non-oil growth prospects in the short-term, a rebalancing of government outlays towards growth-enhancing investment, more effective government expenditure, and related confidence gains would bring non-oil growth back to the expected four percent by 2022. In the longer-term, structural reforms have the potential to raise Kuwait's non-oil long-term growth to well above 5 percent by boosting investment and raising total factor productivity growth.

The mission's illustrative scenario assuming the fiscal adjustment and structural reforms recommended below suggests that, after 10 years, non-oil output would be between five to 10 percent higher than under the baseline, resulting in greater economic diversification.

Reforms to improve the effectiveness of government would also facilitate reprioritization of expenditure. Diversifying the revenue base, while strengthening tax administration. Considering the very high susceptibility of government revenue to oil price fluctuations, the introduction of new taxes and the planned repricing of government services will be important to create a larger non-oil revenue base.

Given the complexity and scope of the VAT and excise reforms, the mission encourages the authorities to speed up the preparatory work to avoid implementation delays.

These reforms should also be accompanied by efforts to build tax administration capacity, to maximize the revenue impact of the measures. More ambitious efforts will be necessary to bring the fiscal balance closer to levels implied by intergenerational equity considerations.

Notwithstanding the impact of the tax reforms and spending restraint assumed under the mission's baseline, the government's non-oil balance is projected to fall well short of levels needed to ensure equally high living standards for future generations-by close to 18 percent of non-oil GDP by 2022. Additional fiscal consolidation is therefore needed to close this gap, reduce financing needs, preserve liquid buffers, and curb the projected buildup in government debt.

The recommended fiscal path would nonetheless entail more rapid consolidation than currently projected under the mission's baseline-reducing the government deficit (after transfer to the FGF and excluding investment income) from a projected 17.5 percent of GDP in 2016/17 to about nine percent by 2022.

While other revenue-diversifying measures would help achieve this objective, the bulk of the additional effort should come from curtailing current expenditure. The mission supports more ambitious targets for the repricing of government services.

Reform aimed at broadening the business profit tax base to encompass all enterprises operating in Kuwait would also help enhance non-oil revenue while leveling the playing field. Rebalancing the composition of public spending toward capital spending is important to improve infrastructure, encourage productivity gains, and support long-term growth.

This should be complemented by public investment management reforms targeting improved project selection and implementation, including through enhanced coordination among various stakeholders and effective implementation of the anti-corruption framework.

While overall fiscal accounts remained broadly balanced in 2016/17, the fiscal balance which excludes the mandatory transfers to the Future Generations Fund (FGF) and investment income posted a large deficit (17.5 percent of GDP) for a second year in a row.

Private sector deposit growth has declined in recent years, but this has partly been offset by an increase in public sector deposits, and some banks have also raised funding in international markets. While the growth of credit to the private sector has also slowed on a year-on-year basis since July 2016, the underlying trend (i.e. after adjusting for a large one-off loan repayment) has remained above 5Ø¢½ percent. Banks' liquidity has been ample.

Over the past couple of years, the central Bank of Kuwait (CBK) has raised its policy rate in tandem with the US Federal Reserve-except after the June 2017 Federal Open Market Committee meeting, when it adjusted the rates on its securities.

Interbank market rates have increased, and bank lending rates have risen to a lesser extent. Real estate has experienced a significant slowdown over the past few years, leading to a small uptick in the sector's nonperforming loans.

Real estate credit growth has however been driven mainly by installment loans, which are secured by salary assignment, and present a lower risk profile. Equity markets have staged a recovery since early 2016, but have remained very volatile.

Banks' exposure to Investment Companies (ICs) has been reduced to some 2Ø¢½ percent of total loans -- To further strengthen the fiscal framework, the mission recommends improving top-down processes, including by anchoring the expenditure ceilings to overarching long-term fiscal policy objective (for example based on intergenerational equity considerations) and setting a consistent path for an intermediary target which would further help delink spending from oil revenue volatility.

Medium-term budget planning should also consider fiscal risks, including those stemming from the public pension fund's potential actuarial gaps, and foster coordination with institutions involved in the implementation of the development plan.

The mission supports the authorities' balanced approach to fiscal financing and the ongoing strengthening of related institutional and legal frameworks.

To sustain transfers to the FGF while the fiscal position is being adjusted, the authorities' financing strategy consists of limited domestic borrowing to avoid crowding out private sector credit, external bond issuance, and drawdown of GRF liquid assets.

This allows the government to preserve adequate buffers against shocks while taking advantage of favorable borrowing conditions and relatively higher returns on FGF assets -- The mission notes that over the longer term, as the economy diversifies, the benefits of greater exchange rate flexibility may increase.

The banking system is prudently regulated, and the CBK has been proactive in strengthening supervision -- The mission welcomes the CBK's continuous work to review the scope of its macro-prudential policy and its tools, to maintain a balance between preempting a buildup in risks and stifling credit growth.

It notes that establishing a financial stability committee including all relevant stakeholders would help in this regard. Banks are resilient to various stress test scenarios, including protracted credit, liquidity and market shocks.

The mission welcomes the ongoing initiatives to identify emerging pressures. The ample liquidity environment offers a window of opportunity to enhance the liquidity management framework -- As far as systemic liquidity management is concerned, enhancing the CBK framework by extending its assessment of liquidity conditions beyond the short-run via liquidity forecasting would facilitate anticipating and planning for potential system-wide pressures.

A formal information-providing agreement with relevant entities would help CBK in this regard. To further bolster financial sector resilience, the CBK has been assessing options to strengthen the crisis management and resolution frameworks.

Moving from a public sector-led growth model to one driven by the private sector requires creating incentives for risk-taking and entrepreneurship, fostering productivity and competitiveness, and encouraging private initiative and investment -- The mission is encouraged by the progress being made in streamlining registration and licensing and alleviating restrictions on foreign direct investment.

Reducing the burden of customs compliance and easing trade barriers would help increase the speed and reduce cost of trade between Kuwait and its partners. The ongoing revamping of the National Fund for SME Development will help in this respect, as it not only seeks to foster access to finance for small businesses, but also aims to train entrepreneurs and encourage better integration of SMEs into supply chains.

The Fund is collaborating with various stakeholders to provide financial services to these enterprises, helping improve the quality of credit information, and is reviewing various means of financing, including equity participation.

The latter could be more appropriate for certain types of firms, but would warrant safeguards to protect public resources. The mission recommends a focused relaxation of interest rate ceilings to allow banks to better price the higher risks inherent to SMEs and encourage bank lending to the sector.