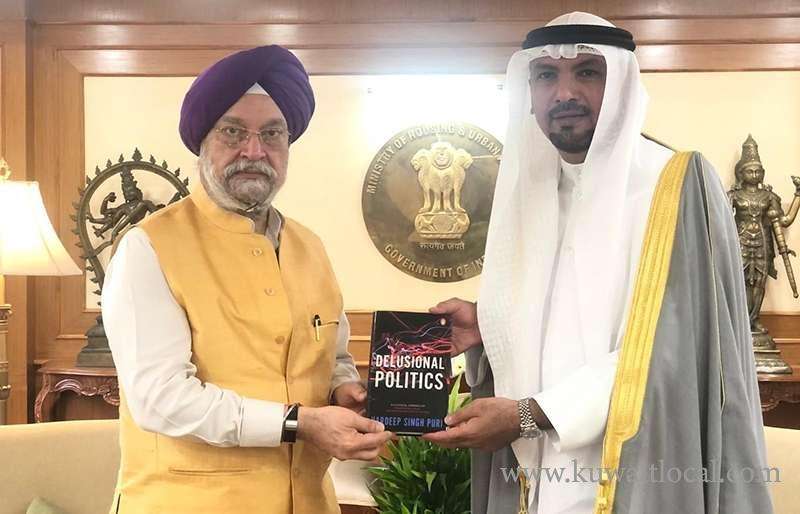 Kuwait is looking forward to enhance cooperation with India by increasing number of flights between the two friendly countries, Kuwaiti Ambassador to India Jassim Al-Najem said on Friday.

The previous agreement at this level between the two countries is limited to 12,000 seats per week, the ambassador said.
He stressed that the Memorandum of Understanding signed in 2007 did not meet the ambitions, expressing Kuwait’s aspiration to sign a new agreement aimed at allocating greater share of seats to the airlines of both the countries.

Al-Najem affirmed the keenness of the political leadership in both countries to enhance cooperation in various fields, praising the historic relations between the two friendly countries based on solid foundations of mutual respect.

On his part, minister Puri affirmed his country’s keenness to enhance trade exchange and cooperation with Kuwait in various fields, especially in the aviation sector.

This sector is one of the main sources of national income, especially with the increase of Indian expatriate community in Kuwait, which currently stands at around one million people.

On the increase in the number of Kuwaiti tourists coming to India and the number of Indian transit passengers to Kuwait, Puri said it was agreed to hold a new round of bilateral talks in the near future in the Indian capital New Delhi.

The minister praised the historic and distinguished relations between India and Kuwait.
A delegation from the General Directorate of Kuwaiti Civil Aviation headed by Director General Sheikh Salman Al-Hamoud Al-Sabah discussed in India earlier this year cooperation in the field of civil aviation and air transport during the World Aviation Summit held in Mumbai last January.