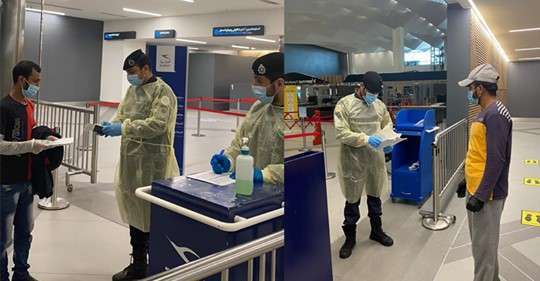 Due to corona virus pandemic Kuwait banned commercial flights from 31 countries on the advice of health authorities. Government is reviewing its decision with coordination with health authorities and Directorate General of civil Aviation.

The decision on its ban on 31 countries is reviewed on weekly basis; thorough plan is on going to open the flights for 31 countries to and from Kuwait international Airport in with strict preventive measures communicated by Health Department.

According to plan compulsory quarantine is required at some designated hotels at your own expense this is the same decision as taken by Jordan and UAE. Earlier the Visitors has to move to Non banned Countries and get Quarantine for 14 Days first, before entering in Kuwait, now it’s easier for a visitor to come to Kuwait and get quarantined in any designated hotel for 14 days initially and than they can start their routine Job for which He / She is visiting Kuwait.

There are Priority Sectors, where the Employees can be given this Option for entering in Kuwait, especially for School teachers and  related staff; the Schools are expected to start from early next month. As per the Unlocking Kuwait Policy, the Expats which were restricted to enter in Kuwait are welcome again but
with Strict Preventive measures.

As mentioned above, the Expats had to move and  stay in any Non Banned Country and  stay there for 14 Days, can come back with the Negative PCR Test Report, which says that the person is not Covid infected and could not spread the Virus.