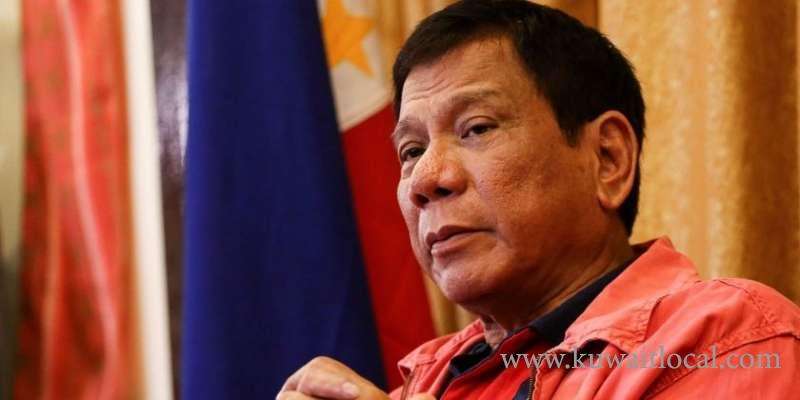 President Rodrigo Duterte on Wednesday has ordered the total lifting of the deployment ban of workers to Kuwait upon the recommendation of Presidential Special Envoy to Kuwait Abdullah Mama-o “President Rodrigo Roa Duterte tonight instructed Secretary Silvestre Bello to totally lift the ban on deployment of Filipino workers to Kuwait,” Presidential spokesperson Harry Roque said in a statement on Wednesday. “We had recommended the total lifting of the ban on the deployment of domestic workers to the State of Kuwait because we had already signed this memorandum of agreement that provides the protection of domestic workers who will be hired in the future in the State of Kuwait and this will apply to those domestic workers who are already here in the country,” disclosed Mama-o to the Arab Times.

He outlined that after the series of meetings with Kuwaiti officials, he finally made the recommendation to President Duterte on Wednesday to lift the ban on the domestic workers to Kuwait following the lifting of the skilled and semi-skilled workers on Tuesday. “I had seen the sincerity and commitment of the leaders of the State of Kuwait to protect and enforce strictly the terms of the memorandum of agreement that was signed by our government and the State of Kuwait,” stated Mama-o He expressed his full trust and confidence that the “Memorandum of Agreement on the Employment of Domestic Workers” between Kuwait and the Philippines will be followed and implemented by both parties with the creation of the joint committee.

In February, Manila ordered a total ban on the deployment of Filipino workers to Kuwait, following instructions from President Rodrigo Duterte. The move came after a string of reported deaths and abuses of Filipino workers in Kuwait, including Joanna Demafelis, whose body was found in a freezer in a fl at in Salmiya.

Philippine officials last month “rescued” distressed workers allegedly without coordinating with Kuwaiti officials that was shown on a video that went viral online prompting the latter to expel Philippine Ambassador to Kuwait Renato Pedro Villa. Officials from both countries signed last Friday the memorandum of agreement called the “Agreement on the Employment of Domestic Workers between the Philippines and Kuwait.”

Among the provisions of the deal are the creation of a 24/7 hotline where Filipino workers may report abuses, and a special police unit to respond to such complaints.

Employers should provide decent food, clothing, home, open a new bank account for salary, allow the use of cellphone for communication, among others. The employer is not allowed to keep the domestic worker’s passport.