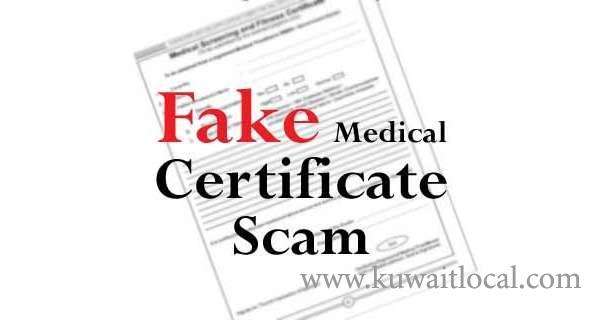 The Criminal Court acquitted a Syrian of forging an academic certificate.

The Public Prosecution charged the Syrian with falsifying equivalency of a public secondary school class two result to make it appear that it was issued by the Certificate Equivalency Unit at the Private Education General Department in the Ministry of Education.

The accused purportedly took advantage of the innocence of the concerned staff who did not suspect any wrongdoing when the father of the accused requested for the document which enabled him to obtain the equivalency. He was accused of conniving with another person to forge the result to pass the class in a school in Dar’aa Province, Syria.  However, lawyer for the defendant, Attorney Abdul-Mohsen Al-Qattan, faulted the investigation procedures, arguing that the prosecution is not responsible for initiating trial of a criminal case.

He also complained about selection of the court as the case is not under its jurisdiction, because the accused was a minor at the time the alleged forgery took place.  He added his client was innocent and was not aware of the gravity of the offense.

Detention extended: The Public Prosecution extended the detention of Aboudka until Sunday to complete investigation concerning his public ethic violation case. The prosecution listened to arguments of the complainant’s lawyer, Attorney Bashar Al-Nassar, regarding the petition submitted against Aboudka, which was supported with a video clip. It also took statements of the prosecution officer concerning his anti-feminism utterances in a Snapchat post a day before he uploaded the video clip, which was condemned by many people.

Al-Nassar reiterated that Aboudka violated public moral so he should be imprisoned for three years or fined heavily, considering he was previously fined KD1,000 for insulting the Kuwaiti society.  He urged bloggers to avoid extremism in discussing issues that can be regarded as vexatious against any segment of the society, because social media is considered a public place.

The lawsuit filed by the Ministry of Foreign Affairs was due to a petition submitted by the Embassy of the Kingdom of Saudi Arabia in Kuwait, which stated that his blogs could strain the relationship between the two countries.

The Ministry of Interior took a similar step in response to another petition on his other blogs.

One dead in mishap: One person perished and three others sustained various degrees of injuries in a collision between a lorry and a saloon car at Rahiya. The remains of the deceased person were referred Forensics and the injured people to Jahra hospital for treatment. A case was registered.

Meanwhile, a Kuwaiti citizen was severely injured when his vehicle toppled on the Sixth Ring Road opposite Saad Al Abdullah Area. He was referred to the Farwaniya Hospital for treatment .

The daily added, the Indian was arrested in Hawalli. When police demanded to see his ID, he produced his passport and police discovered the document was forged. Police records showed the Indian was earlier deported and managed return on forged passport.

Deportation for expat: A Syrian expatriate who appeared in a video clip forcing his friend’s child to smoke will be deported by Ahmadi security authorities. Investigation revealed that the accused was involved in child labor, and he coerced children to work in Fahaheel Markets- an act considered a serious violation of Kuwait labor law. An Interior Ministry statement indicated Ahmadi Security Directorate conducted necessary investigation to determine identity of the accused and summoned him for questioning during which he revealed that the boy is his friend’s son, and that they were only joking about the entire scenario. He insisted the boy’s father was the person who recorded the video, and case was registered.

Nepotism above law: A senior official at the General Department for Border Control is said to have allowed a Kuwaiti woman holding dual nationality to leave the country on a Saudi passport, reports Al-Shahed daily. The woman entered the country with a expired Kuwaiti passport and after it was ‘withheld’ by the officer on duty she left and returned and attempted to leave the country through the Nuwaiseeb border post on her Saudi passport.

However, the woman was prevented from traveling while a report was being prepared, employees received a phone call from the senior official ordering them not to report the incident and stop all procedures and allow the woman to leave the country on her Saudi passport.

Sources confirmed that one of the deputies intervened in the case, prompting the senior official to intervene and stop the procedures and this proves nepotism is above the law.