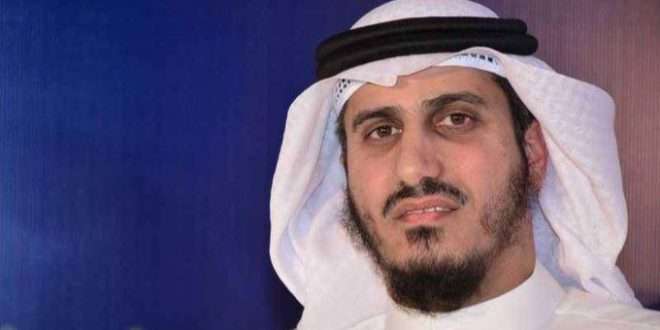 Disqualified Fifth Constituency candidate Dr Badr Al Dahoum has submitted a complaint to the Fast-Track Court against the decision of the Elections Committee to disqualify him. He disclosed the court will look into his complaint in a session scheduled for Sunday, asserting the disqualification decision is illegal and he is sure the court will cancel it.

In a related development, former MP and Fifth Constituency candidate Naif Al Merdas argued that the disqualification of proreform candidates with patriotic stances like Al-Dahoum, Khalid Al Neif and Ayedh Al-Otaibi is a violation of the Constitution and the law.

He affirmed his trust in the judiciary to correct this erroneous decision, indicating the decision is a manifestation of the abusive attitude of the Interior Ministry that enforced the relevant law retroactively – contrary to the decision of the Fatwa and Legislation Department.

Former MP and Second Constituency candidate Muhammad Al-Mutair believes that retaining Deputy Prime Minister and Minister of Interior Anas Al-Saleh in office is aimed at controlling the results of the upcoming elections. Former MP and Third Constituency candidate Abdulkareem Al-Kandari said he previously submitted a bill on cancelling the Disqualification Law as he is sure the law was ratified to prevent the pro-reform candidates from entering the National Assembly. He pointed out the judiciary now bears the historic responsibility to support and protect the Constitution.

Former MP and Fourth Constituency candidate Thamer Al- Suwait claimed the government is preventing pro-reform candidates from entering the Assembly by “mixing the papers”. He thinks the executive authority has deliberately adopted an abusive attitude with ill intent.

Third Constituency candidate Hanouf Al-Munaifi, the first visual artist to stand for parliamentary elections in the history of Kuwait, unveiled her plan to focus on cultural issues in case she wins a parliamentary seat due to the cancellation of cultural activities, such as book fairs and publishing.

She said her aim is to regain the pioneering regional role of Kuwait in this field, stressing the need for MPs keen on addressing such issues. First Constituency candidate Osama Al-Zaid thinks that poor management of public funds and lack of efforts to combat corruption are the major causes of problems which citizens face in different fields like unemployment, education, health and housing.