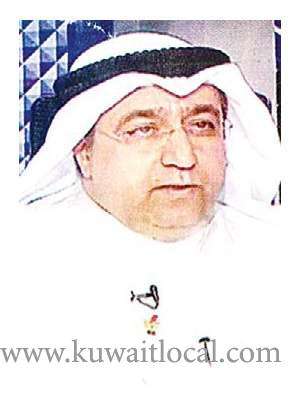 Ministry of Electricity and Water Undersecretary Eng Muhammad Bo Shehri has reassured citizens and expatriates that the country’s water production is at its best; with strategic water reserve of 3,900 million gallons.

In an interview with Al-Rai TV recently, Bo Shehri confirmed that the drinking water produced by Zour Distillation Plant is safe and was not affected by the oil spill in the western coast. He said the ministry, in coordination with Kuwait Institute for Scientific Research (KISR), Environment Public Authority (EPA) and the oil sector, has been taking samples for testing to ensure the water is safe for human consumption.

He added South Zour Plant takes water from a depth of 15 meters while the spilled oil floats on the surface so this is an assurance that the water is safe. On the other hand, Bo Shehri affirmed the implementation of the new electricity fees for the investment sector on Aug 22, 2017; reiterating the new price will be five fils per kilowatt instead of two fils.

He added the new electricity charges for the public sector will take effect on Nov 22, 2017 and February 2018 for other sectors such as chalets, farms and animal pens.

On the installation of smart electricity meters, he said the ministry signed the contract with Zain Company and they will be installed first in commercial and investment sectors. He added the consumers can pay their bills through a smart phone application, indicating the ministry offers a service allowing consumers to send photos of their water and electricity meters through WhatsApp during official working hours and receipts will be sent to consumers through the app as well. He said the elderly and the disabled can call mobile collector service by dialing 152.

Moreover, he revealed the highest electricity consumption recorded in 2016 was 13,390 megawatts on Aug 15, 2016. He said the ministry expected the highest consumption to reach 14,300 megawatts this year; but the highest so far is 13,800 megawatts — 410 megawatts more than the record in 2016 and 500 megawatts less than the projected highest consumption for this year. He stressed the electricity production of the country is enough to meet the needs of consumers. He went on to say the ministry is ready to supply electricity to new residential cities, including South Mutla’a City; pointing out the continuous coordination between the ministry and Public Authority for Housing Welfare (PAHW) in this regard. He revealed a number of advanced projects are in the pipeline to match the growing demand for electricity, especially in the new housing projects.

On the Shaqaya Plant for renewable energy, Bo Shehri affirmed that the plant was established according to the directives of HH the Amir Sheikh Sabah Al-Ahmad Al-Jaber Al-Sabah. He said the target is to produce 15 percent renewable energy out of the total energy by 2030.

He added KISR is implementing the project which includes five units for producing wind energy and the current production is 10 megawatts. On transforming the ministry into a public authority, Bo Shehri disclosed this is in the final stages and the ministry has addressed the Fatwa and Legislation Department in this regard. He affirmed the project will be referred to the Legal Committee in the Cabinet for approval and then to the Parliament by the beginning of the next legislative round.