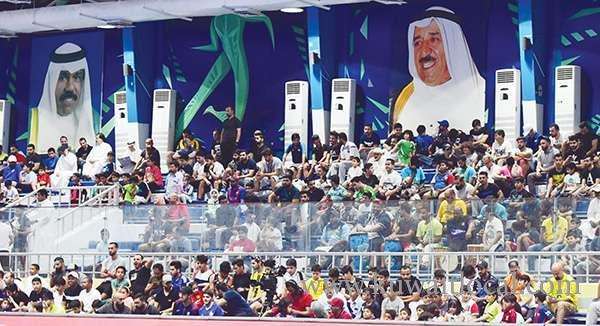 Both the first and the second matches were characterized with defensive tactics throughout the match, in addition to a very impressive display by Midhmar who are the champions of indoors football in Iraq whereas the third match ended with a goal, which was scored by Abdul-Rahman Al-Misbahi (KIB) passing through Al-Hadaf goalkeeper to deny the latter its first win of the tournament.

Three matches are scheduled for today. The matches will between Zone Scent and Shukair Sports Club, Lavaza against Hamada Club, and the final match of the day will be played between Fatourati and Refrigeration Industries.

In the junior tournament, the match between Al-Kuwait Club (A) concluded in penalty shootouts in which managed to defeat late Abdullah Al-Rashid’s team by 3-2 after the actual match ended with a negative tie, whereas Dream Team also defeated Kazma (A) also through penalties by 2-1, and the third match ended 3-2 after penalty shootouts between the United Academy and Syrian Academy.

Meanwhile, the junior tournament of late Abdullah Al-Mishari Ramadan Indoor Football Tournament is coming to an abrupt halt as per a statement issued by the organizing committee.

The statement indicated the players are engaged in academic examination until the end of this week; hence the competition is scheduled to resume Thursday 16th May.