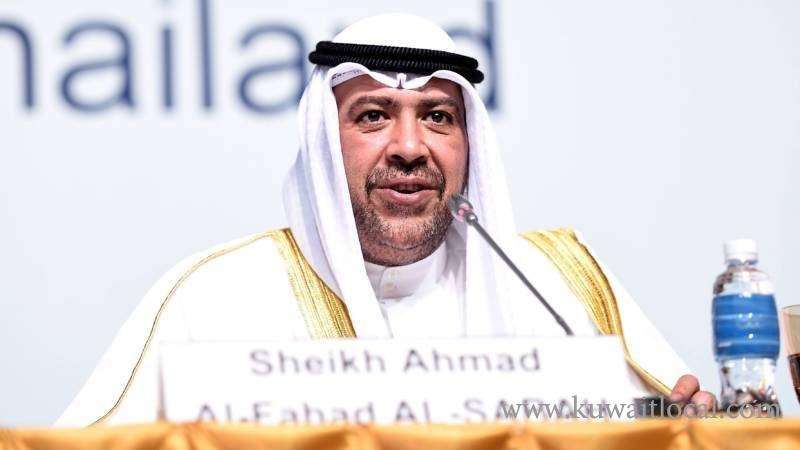 Asian Olympic leader Sheikh Ahmad Al Fahad Al Sabah of Kuwait has denied claims made in a US federal court that he paid six-figure bribes to FIFA voters. “Sheikh Ahmad is very surprised by such allegations and strongly denies any wrongdoing,” the Olympic Council of Asia (OCA) said in a statement issued on Saturday on behalf of its president.

The sheikh’s influential roles in sports politics include the OCA presidency since 1991, a FIFA Council seat since 2015, and leadership of ANOC, the global group of national Olympic bodies, since 2012. He has been an International Olympic Committee member for 24 years. Long seen as a key power broker in Olympic and soccer elections, Sheikh Ahmad has been drawn into the sprawling US federal investigation of bribery and corruption soccer revealed two years ago.

FIFA audit committee member Richard Lai, an American citizen from Guam, pleaded guilty on Thursday to wire fraud conspiracy charges related to bribes that helped officials gain influence in international soccer. Lai admitted receiving around $1 million in bribes from various Asian soccer leaders, including what the Department of Justice described as a “faction” seeking to gain influence in FIFA elections.

Though Sheikh Ahmad was not named in Department of Justice and Brooklyn court documents, a transcript of Lai’s hearing quoted him saying “co-conspirator #2 was also the president of Olympic Council of Asia.” Co-conspirator #3 was described as having a “high-ranking” role at OCA, and also linked to the Kuwait soccer federation. According to the published transcript, Lai said he “received at least $770,000 in wire transfers from accounts associated with Co-Conspirator #3 and the OCA between November of 2009 and about the fall of 2014.” “I understood that the source of this money was ultimately Co-Conspirator #2 and on some occasion Co-Conspirator #3 told me to send him an email saying that I need funds so he could show the email to Co-Conspirator #2,” Lai said in court.

The leader of Guam’s soccer federation for 16 years, Lai said he was approached by the Kuwaiti officials after a bitter Asian FIFA election in 2009. He agreed to help recruit other Asian officials that voted in FIFA elections who would help the faction. Lai “understood that at these meetings Co-Conspirator #3 or his assistants would offer or make bribe payments to these soccer officials,” the DoJ alleged. The Guam businessman also pleaded guilty to failing to disclose foreign bank accounts and agreed to pay more than $1.1 million in forfeiture and penalties. He was released on bail with a $1 million bond to return to Guam and will be sentenced at a later date.

Lai was suspended for 90 days by the FIFA ethics committee, which can also suspend Sheikh Ahmad who on May 8 is a candidate for re-election to his seat on FIFA’s ruling committee. FIFA has not responded to requests since Friday for comments about its Review Committee potentially ruling Sheikh Ahmad ineligible for the vote by Asian Football Confederation members. The OCA said Sheikh Ahmad “will vigorously defend his integrity and reputation and that of any organization that he represents in any relevant legal review.” The IOC has also not responded to requests for comment since Friday about a possible referral of the sheikh to its ethics commission. Sheikh Ahmad, who often works from the Olympic home city of Lausanne where ANOC has offices, seems to risk being arrested in Switzerland.

Swiss authorities arrested nine FIFA officials in Zurich in hotel raids in 2015 at the request of US authorities. The American federal investigation of corruption linked to FIFA has indicted or taken guilty pleas from more than 40 people and marketing agencies linked to soccer in the Americas since 2015. Lai’s case marked the first major step into Asia. Meanwhile, MP Rakan Al-Nisf has stressed the need for Kuwait to start an internal inquiry into the alleged involvement of Kuwaiti officials in corruption and bribery cases linked with FIFA and Asian Olympic Committee.

In a press statement, Al-Nisf said the role of Kuwait is to determine if these scandals are connected to the suspension of its participation in international sporting events. He pointed out that the confession of the former member of Audit and Compliance Committee in FIFA on receiving money from Kuwaiti officials to influence decisions made by the Asian Football Federation is important, especially since the suspension of Kuwait has nothing to do with domestic laws. He asserted that Kuwait hosts the main building of the Asian Olympic Committee which is now the subject of corruption, bribery, manipulation of sporting decisions in Asia and the international community. He added the Anti-corruption Agency must look into the issue, particularly after the US prosecution mentioned that Kuwaiti Football Federation officials are involved in bribery cases. He also asked the parliamentary Youth and Sports Committee to obtain approval from the National Assembly to follow up the issue.