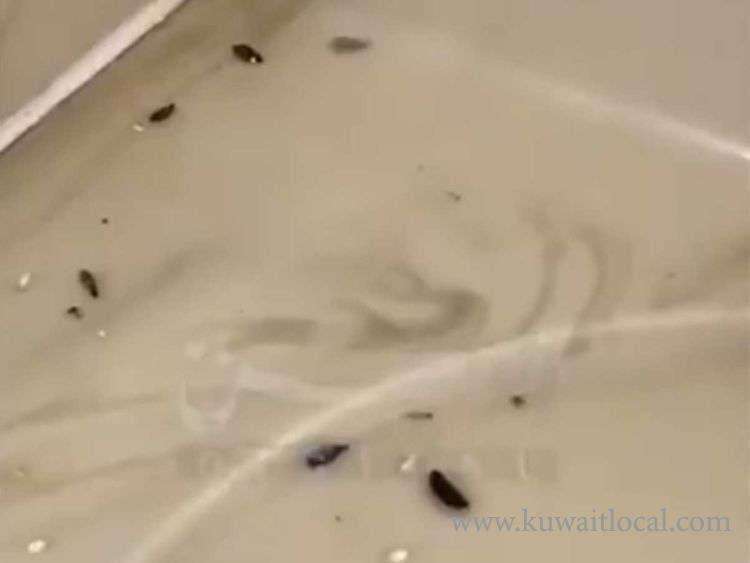 Khairan quarantine was a resort, but last week, the Touristic Enterprises Company announced that the resort would be evacuated and turned into a quarantine site for people suspected of being infected with the novel coronavirus. This move came upon a request by the Ministry of Finance.

In the video, the woman is heard saying: “These are the sinks at Khairan resort where we were told to go. They said it is ready to receive us since four to five days. See here rodent droppings and dead insects. The quarantined patients are also heard complaining about poor hygiene in bathrooms. Is this the readiness they were talking about?”.

The lady is also heard saying “We are among the travellers coming back from Iran and quarantined in Khairan resort. You care about us and we appreciate that, but we also care about our health. We did not come here at our own. You forced us to do so”.

At 56, Kuwait has the second largest number of Covid-19 patients in the Middle East after Iran. On Monday alone, 10 people tested positive for the disease.

This comes at a time when health officials in the country have warned patients not to leave quarantines, as they will be held accountable if they do so.

Dr. Buthaina Al Mudhaf, Assistant Undersecretary for Public Health Affairs at Ministry of Health, called on the public to abide by and follow the Ministry’s instructions, especially with regards to avoiding gatherings, adding that anyone who violates domestic quarantine exposes him/herself to legal accountability.