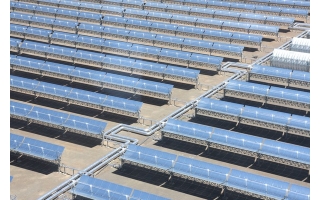 Kuwait plans to utilize renewable sources to fuel 15 percent of its energy needs by 2030, said Minister of Education and Minister of Higher Education, Dr. Bader Al-Essa. He pointed out that the State is also methodologically and voluntarily, contributing to reducing greenhouse gas emissions, as well as attempting to diversify energy sources through major projects by KISR.

The minister was speaking at the Sixth Middle East and North Africa Renewable Energy Conference (MENAREC 6), which was held in Kuwait last week under the patronage of His Highness the Amir Sheikh Sabah Al-Ahmad Al-Jaber Al-Sabah. The conference brought together energy ministers, decision makers and other stakeholders in promoting sustainable energy form across the region and around the world.

The three-day conference was organized by Kuwait Institute for Scientific Research (KISR) and the Energy and Building Research Centre (EBRC) in partnership with the International Renewable Energy Agency (IRENA) and the Federal Ministry of Economic Affairs and Energy (BMWI) of Germany.

The key objectives of this year’s conference, held under the theme of ‘Renewable Innovations Towards Sustainable Energy’, was to promote renewable energy as an essential and strategic part of the energy-mix for all countries in the region. The meeting highlighted the growing investment opportunities throughout the region in this field and called for supporting and strengthening regional partnerships on renewable energy development. During its deliberations, the conference also examined the national renewable energy programs of countries in the region to identify challenges and seek potential solutions.

In her opening address at the conference, the Director-General of KISR, Dr. Samira Ahmad Omar revealed that Gulf Cooperation Council (GCC) member states plan to pump up to $100 billion into renewable energy projects over the coming two decades. She added that such robust funding aims to meet the growing energy consumption in the GCC states, which is estimated at three percent a year.

“The GCC states, as well as other countries in the Middle East and Africa, have promising opportunities in the field of exploitation of the solar energy, given the fact that they enjoy an equatorial climate and sunlight hours of up to 1,400 to 1,800 hours a year,” said Dr. Samira. She noted that Kuwait was one of the first countries that sought to tap into the renewable energy, when in 1978 KISR designed and operated a pilot solar energy station with a generating capacity of 100 kilowatts.

KISR continued to pursue research into renewables and their utilization in seawater desalination and electricity generation. A few years ago, KISR launched the Al Shaqaya Renewable Energy Complex, which covers an area of 100 square kilometers, with a compound capacity of 200,000 megawatts, she said, adding that the project will go operational by the end of 2016.

Studies conducted by the Institute have shown that a 10 percent renewable energy contribution of electricity to the nation’s energy mix by 2030 would save approximately 40,000 barrels of oil equivalent per day (boed) and reduce CO2 emissions by 10 million tons per year (mty).

For his part, the Minister of Water and Electricity Ahmad Al-Jassar said that securing energy sources is one of the major challenges facing the MENA region. The minister pointed out that Kuwait is considered one of the top water and electricity consumer countries due its geographical location, hot temperature during the summer and urban expansion. This, he said, has led the ministry to discover new and innovative ways to clean energy, including utilizing solar power.

The quadrennial MENAREC conference, which was last held in Morocco in 2012, provides an opportunity for regional experts and international specialists to discuss latest innovations in the field of renewable energy, as well as find solutions to challenges posed in its implementation. The outcomes of MENAREC-6 will hopefully allow for further development of a comprehensive, inclusive and workable action agenda for renewable resource development and integration in the MENA region.