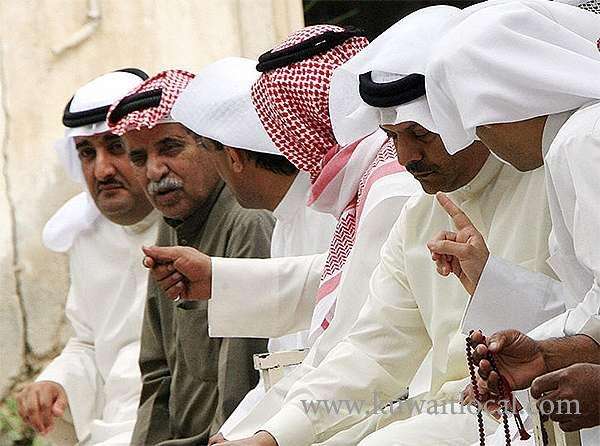 Recent statistics revealed that the current beneficiaries of exceptional pensions and bonuses, as stipulated in Article 80 of the Social Insurance Law No. 61 of 1976 and Articles 41 and 42 of Law 8 of 2010 are 17,252 and still alive since the issuance of the two laws mentioned above, while 60 beneficiaries belong to the first law and 17,192 others are under Articles of the second law, reports Al-Rai daily.

Statistics, as contained in the Minister of Finance Dr Nayef Al- Hajraf’s response to a question by MP Mohammed Al-Dalal indicated that the beneficiaries of the first law since its issuance in 1976 until September 4 were 631, including 571 deceased and 60 who are still alive and benefiting from financial benefits of the aforementioned law.

Another statistic indicates the beneficiaries of articles 41 and 42 of Law 8 of 2010 on the rights of persons with disabilities have reached 17,620, of whom 17,192 are still alive and continue to benefit from the law since its promulgation until 4 September, while the total number of deceased who benefited from the articles of the previous law remains 428 since its promulgation.

Article 80 of the Social Insurance Law stipulates that “by decision of the Council of Ministers, exceptional pensions or bonuses may be granted to insured persons, pensioners or beneficiaries, or to other Kuwaitis, even if they are not subject to the provisions of this law”.

Article 41 of Law 8 of 2010 on the rights of persons with disabilities stipulates that “As an exception to the provisions of the Social Insurance Law and the Military Pensions Law, the insured or beneficiary who the Special Technical Committee determines is disabled shall be entitled to a pension equivalent to 100 percent of the salary if the retirement period of service was at least 15 years for males and 10 years for females. In this case, pension is not required to reach a certain age”.

Article 42 of the same law stipulates that “Except for the provisions of the Social Insurance Law and the Military Pensions Law, the insured or beneficiary who is legally entrusted with the care of a disabled person with moderate or severe disability shall be entitled to a pension equivalent to 100 percent of the salary if the period of service calculated in the pension reached at least 20 years for males and 15 years for females. In this case, the pension is not required to reach a certain age in accordance with terms and conditions set by the authority in agreement with the Public Institution for Social Security”.

Meanwhile, Kuwait Banking Association (KBA) will meet next Wednesday with the local banks to discuss the legislative proposal of legal advisors, reports Al-Qabas daily quoting reliable sources. The same sources added the meeting will discuss the media strategy of KBA and show members of the executive committee and secretariat the proposal partly financed by Kuwait Foundation for the Advancement of Sciences (KFAS). They reiterated the significance of the legislative proposal in the amendment of laws and decisions in the face of local and external challenges facing the Kuwaiti economy in general or banking sector in particular.