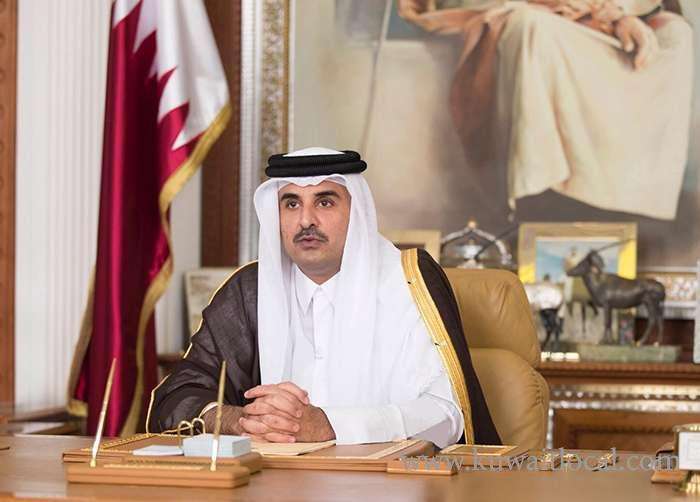 In a televised address, the Qatari Amir said his country had supported Kuwait's mediation efforts from the very beginning, hoping that such efforts would bear fruit.

Sheikh Tamim also spoke highly of the constructive positions of Europe in general and Germany, France and Britain in particular, as well as Russia. He further appreciated the significant role of Turkey by immediately approving a previously signed strategic cooperation agreement, by providing the Qatari market with all its needs, and by opening Turkish atmosphere and territorial waters.

He admitted that there are currently differences with some Gulf countries regarding Qatar's foreign policy, while Doha, in turn, disagrees with some member states' foreign policies, especially regarding the expectations and ambitions of Arab people.

He defended his country by saying that Doha has never tried to impose its views on anyone, emphasizing that divergent views should not negatively affect fraternal ties.  On terrorism, Sheikh Tamim said his country is mercilessly fighting terrorism, citing international recognition in this regard.

However, he underscored that the world should not only fight terrorism, but also problems like poverty, oppression and occupation ought to be addressed. Sheikh Tamin also praised Qatari citizens for managing to withstand the negative reflections of the current Gulf crisis.

"It was a true ethical trial. Our people have passed the test with flying colors, and we have held steadfast to our principles and traditions," he said. He went on to say that Qataris need to open their economy for investments and to diversify economic sources.

This is the first address by the Amir of Qatar since the June 5 rupturing of ties with Saudi Arabia, Bahrain, the United Arab Emirates and Egypt. The speech comes a day after Qatar issued a decree setting new rules for defining terrorism, freezing funding and terrorism financing, and establishing national terrorism lists.