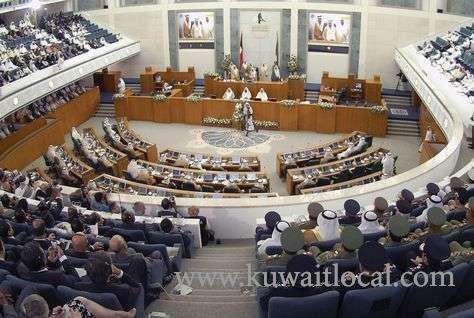 MPs Jaman Al-Harbash and Issa Al-Kandari are colleagues in the National Assembly, and there has been no personal disagreement between them despite the request for the Constitutional Court to look into the deputy speaker election results, says Parliament Speaker Marzouq Al-Ghanim.

This came after the Constitutional Court announced its decision regarding the request on Wednesday. The court explained that the word, ‘attendees’, means all those present at the time of voting. The final result was in favor of Al-Kandari, but Al-Harbash objected to the call for re-voting, stressing that he is the winner.

Al-Ghanim explained the court affirmed validity of procedures taken during the deputy speaker election, indicating the court ruled that whoever abstained from voting during the session was counted as among those present in the voting on podiums and other related procedures.

On the other hand, Al-Kandari considers the court’s decision a way of preserving the Constitution; pointing out this is the real victory. He then called on everyone to close this page, continue performing their duties and respect the trust bestowed on parliamentarians. “Regardless of the outcome of the request for the court to look into the validity of election results, Al-Harbash remains a brother and a dear colleague. He is a heavyweight lawmaker with a good reputation,” he asserted. He appealed to all MPs to put their hands together and play their legislative and supervisory roles effectively for the good of their dear homeland and its honorable people. MP Riyadh Al-Adsani has forwarded questions to the interior minister on the request to reconsider the decision to refer 156 public prosecutors for retirement.