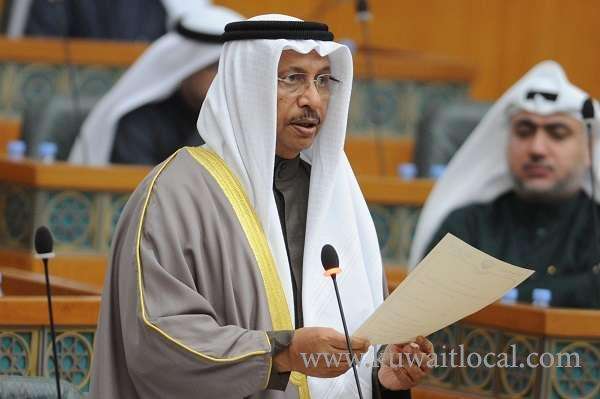 "Landing on clear means to reach a new stage of cooperation between the legislative and executive branches is needed in order for national ambitions to be attained," His Highness the Prime Minister Sheikh Jaber Al-Mubarak Al-Hamad Al-Sabah said Tuesday.

The government will present to parliament its action program in parallel with the state's development plan, including work strategies and deadlines, said His Highness the Premier in a speech after the new cabinet took oath before the National Assembly earlier today.

Addressing His Highness the Amir, His Highness Sheikh Jaber Al-Mubarak vowed to "abide by the oath and rise to the occasion of shouldering the responsibility, as well as exerting the utmost efforts to cooperate with MPs so as to manifest His Highness the Amir's directions for the wellbeing of the state and interests of citizens." His Highness noted, "Adjusting the parliamentarian practice is an objective that cannot be delayed or procrastinated in order to preserve national gains; as pointed out by His Highness the Amir in his speech," the Premier said.

Principles of the Constitution and the by-laws of the National Assembly, as well as decisions of the Constitutional Court, has established basis of parliamentary and monitoring work; enacting the true democratic practice, said His Highness the Premier in his speech.

"These principles would buttress the state's potentials and unite Kuwaitis under the genuine virtue of respecting the other's opinion in order to have a pure and vibrant democratic practice," His Highness pointed out.

"We need to rise to the level of the responsibility and raise the bar in face of major challenges; aware of its implications and determined to confront it with all our power to maintain Kuwait's safety and stability." In this vein, His Highness stressed that "in light of Kuwait 2035 vision, the Government, along with the National Assembly, the private sector and civil society institutions, are geared to apply reforms and achieve strategic developmental projects in the sectors of oil, transportation and communication, power and water, education, health, housing and environment.

"Also, the Kuwaiti islands' development project and the 'Silk City' project are among the most vital in the plan in terms of the state's economic strategy that aims to sustain its position in global competitiveness levels and improve outcomes of the educational system and link it to job market requirements," His Highness Sheikh Jaber Al-Mubarak concluded.