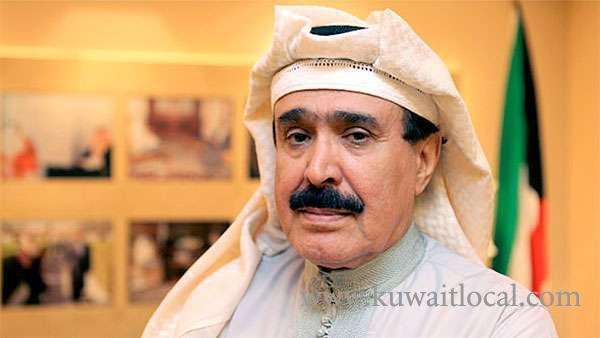 IT IS difficult to find a situation similar to the current situation in Kuwait. All that can be said is, “Today looks similar to yesterday.”

During this time in 1986, Kuwait was battered with wave of interpellations targeting a group of ministers. The Parliament was preoccupied with constitutional accountability, which means there was neither a place for legislation nor reflection over the country’s situation at a time it was bleeding from the Souk Al-Manakh stock market crash.

This market crisis had a very complex economic effect; in addition to the exploding regional conditions on the Iraq-Iran fronts, the Arab erosion and lurking threats against Kuwait.

Instead of parliamentarians using the language of rationality and looking into their country’s situation; they passed time by engaging political trolls, making Kuwaitis wonder what lies ahead due to parliamentary recklessness in dealing with issues.

HH the late Amir Sheikh Jaber Al-Ahmad summoned then Speaker of the National Assembly Ahmad Al-Sadoun and told him: “Tell the parliamentarians not to push me to do what I hate.”

Al-Sadoun conveyed the message to the parliamentarians who continued with the political games, not concerned with the sensitivity of the situation in the country and region. This prompted HH the late Sheikh Jaber to dissolve the Parliament and suspend some constitutional articles in a move themed, “Contemplate for a brighter future.” The parliamentarians considered the solution unconstitutional.

Despite all that, the novelty of political adventures persisted, fueled by the zeal which dominated the Arab world then, the pan-Arabism rhetoric, the fight against retrogression, cementing democracy, etc. Arabs were accustomed to these adventures in their daily political speech which has not changed for an entire century.

Kuwait was introduced to ‘Monday diwaniyas’ at the time. Life was organized at that stage, even traffic, because everyone realized the gravity of measures taken and felt that ‘the blade was on everyone’s head.’

Nonetheless, the government committed a single mistake — it failed to engage in development of the country and improvement of its infrastructure as it should have done. Perhaps, the reason was lack of plans or funds.

Everyone knows that the declaration of the formation of the national council on April 22, 1990 — exactly 29 years ago — was done; yet the situation remained unstable until Aug 2, 1990 when the late Iraqi president Saddam Hussein took advantage of the internal political volatility and invaded Kuwait.

Undoubtedly, every Kuwaiti remembers these facts whenever they see the current situation in the National Assembly — bickering, obstruction of projects, intentional impediment of legislation, accusations of graft and corruptions, looting and squandering of public funds, disrespect, intimidation and curtailing liberties under the pretext of traditions and religion, etc.

These are the things people are used to and are usually brought up in every occasion. It is as if those disseminating such toxics are pious, but in reality, they are the complete opposite.

Everyone knows why all this small talk, what the motive is, and who is the puppeteer behind the heavy curtains of personal interest.

The current regional situation is more dangerous than it was in the eighties. If the Iran-Iraq fire was extinguished in public, there is still the strain of virus which strives to ignite another sectarian war which we cannot bear. Everyone is on the lookout in order to achieve their expansionism objectives.

Hence, the terrorist groups have become more powerful and widespread, as well as the use of religious rhetoric which is the most hazardous fuel to the zeal of people while the local economic situation is shrinking in an unprecedented manner. This is in addition to the international situation which is under pressure, up to the point of suffocation between major countries looking for a foothold on every place in the world in order to expand their influence and control.

The National Assembly remains crowded with interpellations which have not rested since the commencement of the current parliamentary term, while the actual work has ceased.

Amid all these, citizens are waiting for a glimmer of hope that will rescue them from gloomy conditions they are enduring due to paralysis of development. This has become an urgent demand, contrary to how things were in the eighties.

People also see that those they elected have become dictators striving to absorb everything without concern for those who elected them.

The infrastructure is a mess, graft and looting exist in the health and educational sectors, financial crisis is witnessed, and there is no reliable project in the country, even those being proposed are challenged fiercely while the MPs are in another world trading with people’s emotions and welfare.

In the midst of this deterioration, questions must be raised: Will the 1986 experience recur? Will the head of the nation tell the MPs what Sheikh Jaber told them, “Do not push me to do what I hate?” Thus, will that period become a period for reflection and reconstruction on solid ground for launching development and making the people of this country focus on what benefits the country, instead of rhetoric and bickering which do not nourish any belly nowadays?

Today is just a day a way.