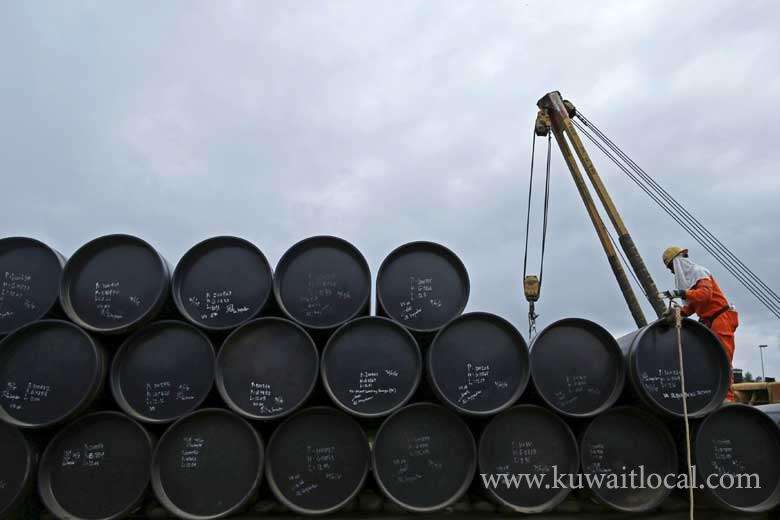 News on the Kuwaiti economy over the past month has been mixed. The strong rally in oil prices should lift confidence and has led us to narrow our forecast for the fiscal deficit this year, while very subdued inflation supports real household incomes and benefits consumers. However, business credit remains weak, suggesting that the better financial outlook is yet to translate into stronger investment. Meanwhile, the decision to postpone the introduction of VAT to 2021 avoids a nearer term hit to the consumer sector, but it highlights the risk of pushing back the pace of reforms given the now more comfortable fiscal position and may affect credit outlook.

Oil prices have continued to climb over the past month, with Kuwait Export Crude (KEC) — typically priced at a small discount to Brent — rising 8% m/m to $67/bbl on average in April and then above $75 in mid-May. The rise has been supported by tighter market fundamentals arising from solid global demand growth and cuts in oil supply by OPEC and other key producers led by Russia, a reduction in Venezuelan output and impending US sanctions following the reelection of President Maduro, as well as the US’s decision to withdraw from the nuclear deal with Iran. Kuwait has largely complied with the supply cuts. Its production stood at 2.71 million b/d in March, down 0.14 mb/d from the reference point in October 2016.

As a result of the run up in prices, we have upgraded our forecast for Brent crude to $65/bbl this year and $60 in 2019 ($61 and $56 for KEC, respectively), both from $55 before — compared to $50 in the offi cial budget — which remain conservative if prices stay at near current levels for the remainder of the year. The revision has positive implications for the government’s budget revenues, some 90% of which are derived from oil. However, the impact on the budget balance is partially offset by an upgrade to our spending forecast following revisions to the draft budget made by parliament. Under our new assumptions, the defi cit for FY2018/19 narrows to 6% of GDP from 10% before, before mandatory transfers to the Future Generation Fund. This does not include the government’s off-balance sheet earnings on its investments overseas, which amount to in excess of 10% of GDP.

Against this improving fiscal backdrop, the National Assembly’s Budget committee announced that the introduction of VAT will be delayed until 2021. When implemented, the measure is likely to yield 1-1.5% of GDP in additional revenues, which would represent a boost of around one-third to the state’s non-oil receipts. Excise duties on selected products including tobacco and carbonated drinks are likely to be introduced when parliament resumes in October, but will yield about one third of the expected revenue from VAT. The improved fiscal position entails less domestic borrowing, thus adding to already high liquidity in the banking system.

Real estate activity surged in March, with sales jumping to a more than three-year high of KD 353 million, up 38% y/y. Sales in the investment (ie apartment) sector were particularly strong at KD 155 million, nearly double their February levels, while the volatile commercial sector also saw strength (KD 85 million). Having seen signifi cant declines in 2015 and 2016, market activity appeared more stable in 2017 and the latest data support the view of further improvement. However, March’s rise in sales was driven by an increase in the number of transactions which may have been driven by seasonal or one-off factors. Moreover, our own calculations suggest that prices for houses and apartments continue to ease on a three-month basis.

Inflation edged up in April

Inflation edged slightly higher in April, but remained low at just 0.7% y/y from 0.6% in March. March’s figure was the second lowest figure since 2004. Soft inflation numbers are being driven in particular by weakness in key food (-0.4% y/y) and housing (-1.4%) components, which between them account for half of the index. Prices in the other categories — our version of ‘core’ infl ation — rose by 2.6% y/y, unchanged from March though still below the average rate for last year. We forecast infl ation to average 1.5% for 2018 overall, but the risks to this fi gure appear on the downside.

March saw a continuation of the recent soft trends in bank lending, with credit growth easing to its lowest since 2012 at 1.9% y/y, and down from 2.5% in February. Growth fell across all the main sectors, with business credit growth slowing to just 0.7% y/y, albeit dragged down by continued deleveraging in the non-bank financial sector (mostly investment fi rms) as well as a large one-off corporate repayment late last year. Excluding these, business credit rose by around 4% y/y.

Meanwhile, growth in credit to households excluding lending for securities purchase, which typically drops at the end of the quarter, stood at a solid 7.1% y/y, slightly down from February’s 7.4%. Including securities lending (around 17% of consumer lending but now down 10% y/y) credit growth slipped to 3.7% y/y from 4.3% in February. There was also softness in deposit growth, which declined to an 18-year low of 0.5% y/y from 2.5% in February. Deposits actually saw a decent 1% m/m rise in March, but the year-on-year fi gure was depressed by a base effect following an even larger jump in March 2017.

Weakness in deposit growth has been exacerbated in recent months by declines in government deposits, which contracted by an average of 3% y/y in 1Q18 despite the boost to the government’s fi nances from higher oil prices.

Stock market has retreated so far in 2Q18

Despite a healthy earnings season and higher oil prices, the stock market has been in retreat since the overhaul of Boursa Kuwait at the start of 2Q18 — a move that restructured the market with a view to improving liquidity and investor interest. The All-Share index was down 3.9% quarter-to-date by mid-May. These moves reduced the capitalization of the Kuwaiti market by KD 1.1 billion to KD 27.9 billion. Most other GCC markets are also down so far this quarter. Factors weighing on stocks include regional geopolitics, especially the rise in tensions between the US and Iran, escalating fears of a trade war between the US and China (which has since subsided), and the potential impact of tightening global monetary policy. Company earnings in Kuwait, however, have been largely positive, with earnings for 161 reporting companies up a healthy 6% y/y in 1Q18, refl ecting an improving operating environment. Banks displayed a strong performance, refl ecting partially the hike in interest rates by the Central Bank of Kuwait; aggregate profi ts were up 16.7% y/y.

Dinar rises alongside rebounding US dollar

After weakening through most of 2017, the US dollar has seen a sharp recovery over the past month, rising nearly 5% m/m on a trade-weighted basis to mid-May fueled by a combination of strong economic data, rising short and long-term interest rates and some ‘safe haven’ fl ows on the back of escalating geopolitical tensions with Iran and China. These movements have affected the Kuwaiti dinar, which is pegged to a basket of currencies with undisclosed weights but primarily favoring the US dollar.

The dinar has seen a modest dip of 0.7% versus the dollar, whilst climbing 4-5% versus the euro and the British pound. The dinar’s stability versus the US dollar comes despite a narrowing in KD-dollar interbank interest rate spreads in recent months, with the spread even turning negative this year. The Central Bank of Kuwait raised its key policy interest rates by 25 bps in March following the hike by the US Federal Reserve — a move aimed at bolstering support for the local currency.