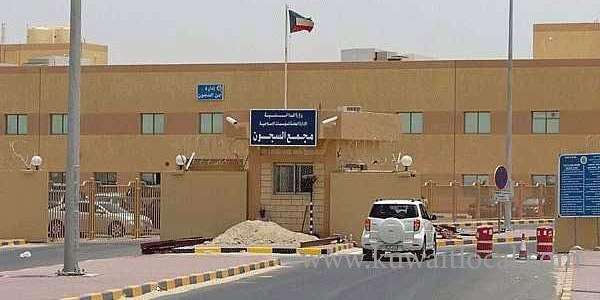 Deputy Prime Minister and Minister of Interior Lt-Gen Sheikh Khaled Al-Jarrah received Monday morning the Chairman of the Amiri Rules and Regulations Committee Counselor Mohammed Fuhaid Al-Zuabi who was presented with instructions on the adoption of Amiri amnesty for this year, reports Al-Anba daily.

The minister affirmed that the Amiri Grant translates the humanitarian dimension of the wise leadership, which always emphasizes the prioritization of humanitarian considerations and supports rehabilitation programs in correctional institutions. According to security sources, the rules of the Amiri amnesty has been completed and will be approved by Minister of Justice in the coming days, after which the files of the prisoners will be examined and matched with the amnesty rules.

They explained that one of the most important rules of the new amnesty is the deportation of all expatriates serving judicial sentences, irrespective of the period of their residencies or that of their family members in the country. Previously, it was allowed to offer plea letter for the release of expatriate inmates who are residents of Kuwait for more than 20 years or whose families reside in the country.

Those involved in criminal cases such as intentional murder will be considered based on a waiver provided by the families of the victims. If there is a waiver, the rules of the amnesty will apply based on certain requirements. The sources indicated that approximately 1,000 prisoners are expected to benefit from this amnesty, affirming the keenness of General Administration of Correctional Institutions to ensure prisoners benefit from the new amnesty.