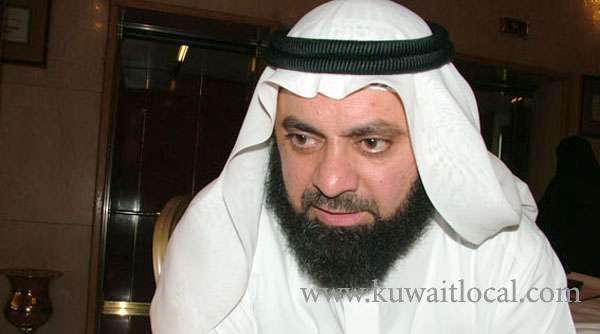 MP Waleed Al-Tabtabaei submitted Monday a bill to criminalize membership to Hezbollah. The bill states that Hezbollah is a terrorist organization and this applies to its founders, activists, supporters and those who invite others to join the group.

The bill also stipulates imprisonment for a period of not less than 10 years and not more than 20 years for every Kuwaiti who joins Hezbollah or shows loyalty to the organization in any form, whether inside or outside the State of Kuwait, and anyone who establishes or organizes a gathering, organization, party or group affiliated with or belongs to Hezbollah within the country.

Also, anyone who displays a logo or a symbol for Hezbollah or provides media support or promotes it through social media shall be imprisoned for not less than five years.

According to the bill, anyone affiliated to Hezbollah is prohibited from entering the country and the penalties stipulated in this bill shall be applied unless there are harsher penalties in any other law.

On another issue, Al-Tabtabaei has confirmed submission of a complaint to the Attorney General against a newspaper which published false news and mentioned his name in fictional stories.  He revealed he was surprised by the persistence of some newspapers to spread lies that is inappropriate for any respectable media outlet.

MP Mohammed Al-Huwailah commended the parliamentary Public Utilities Committee’s approval of the proposal to license diwaniyas that will be established in public squares near private houses.

He pointed out the diwaniya is an essential part of the history of the people of Kuwait as it brings closer members of the Kuwaiti society in all occasions and embodies the daily lives of citizens in various social aspects.

He said he submitted the same proposal in previous Parliaments because some houses do not have enough space for a diwaniya.  He added that after the removal of diwaniyas outside the houses, many citizens were forced to establish their diwaniyas within their properties.  He intends to push for approval of the proposal in the next legislative round to serve the interest of citizens.

The proposal states that diwaniyas which will be established in public squares should not cause disturbance to people residing in nearby areas, the owners must pay KD2 per square meter, the total area used for the diwaniya should not exceed 100 square meters, and the structure should not hinder the implementation of infrastructure projects.