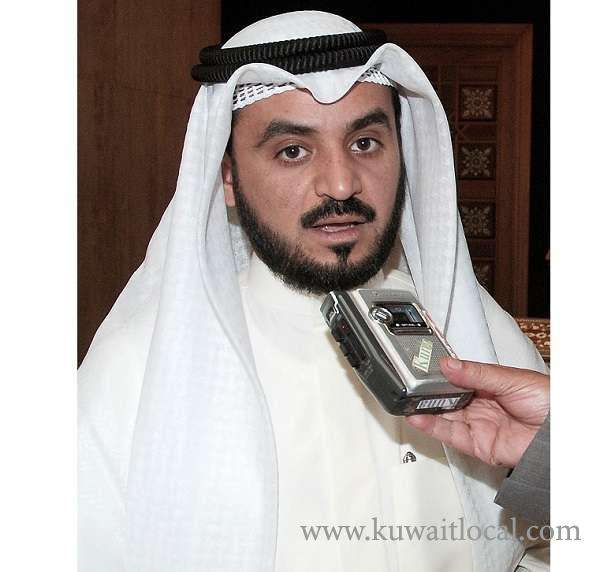 MP Mohammed Al-Huwailah has presented a bill on the establishment of the National Commission for Population Structure (NCPS) to be headed by the state minister for Cabinet Affairs with the ministers of Interior, Social Affairs and Labor, Commerce and Industry and Supreme Council of Planning as members.

The bill stipulates that the commission, which will be affiliated to the Council of Ministers, shall have a legal structure as well as financial and administrative autonomy.

The committee will study and assess the population structure, propose a population strategy, and establish and adopt appropriate population policies and systems to enhance the citizen’s role, protect national identity and achieve he desired population balance.

Its functions include collecting information on the demographic structure from ministries and other concerned bodies, and conducting research and analytical studies on the population structure, policies and action in other sectors and fields.

Article Six of the bill stipulates that the committee shall have an independent budget attached to the State budget. Its revenues shall consist of the amount required to achieve the objectives assigned to the Parliament and approved by the Council of Ministers. Disbursement of the budget shall be in accordance with the regulations.

Meanwhile, MP Osama Al- Shaheen announced that there are several financial draft laws in the agenda of the National Assembly, affirming the Financial and Economic Affairs Committee submitted its reports on these bills during the first session. He revealed these draft laws include optional early retirement, amendments to the Public Aid Law, cancellation of interest for loans granted to retirees and fees for public facilities like gasoline, oil derivatives, electricity and water.

Proposal
He added the committee will discuss in its next meeting the proposal to amend Kuwait Chamber of Commerce and Industry Law in order to regulate this economic institution and value added tax (VAT) which has been rejected by a large number of Parliament members including himself taking into consideration the continuation of public funds wastage in the government. He went on to say that the government rejected the draft law on the retirement of noncommissioned officers in the Kuwaiti Army even though it addresses humanitarian issues. He disclosed a number of MPs intend to resume talks on this draft law and push for its ratification.

On the other hand, Chairman of the Finance and Economic Affairs Committee MP Salah Khorshid urged the government to stop wastage of public funds in ministries and other State institutions. He said this wastage has been confirmed by reports of the State Audit Bureau. He called on the government to quickly respond to proposals prioritized by the committee like the alternative salary scale to ensure equality among citizens and increasing the children allowance and rent allowances. He also asked the government to explain its decision to reject the proposed exceptional pension for retired soldiers due to the alleged constitutional suspicion. He called for clarifying the suspicion through a legal opinion to uncover the truth, since some retirees have received judicial rulings to grant them exceptional pension. He added the priorities of the committee are the proposals on leadership positions, population structure, cancellation of interest for loans given to retirees, reduction of retirement age, establishment of joint stock companies to build power and desalination plants, and governance rules in government institutions