<![endif]-->
Advanced Search
MP Plans To Submit Grilling Request Against Minister Sabeeh If She Remains In Her Post
Category: Kuwait 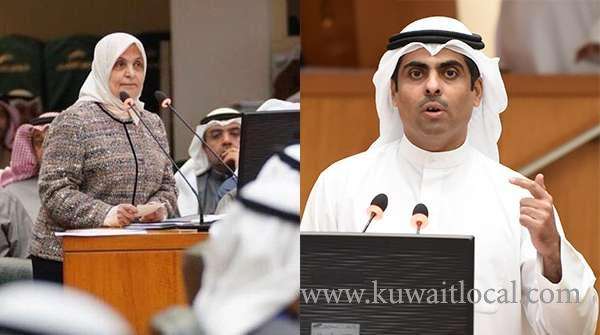 MP Riyadh Al- Adsani has unveiled his plan to submit an interpellation motion against Minister of Social Affairs and Labor Hind Al-Sabeeh if she remains in her post.

Al-Adsani explained he took this decision due to the damaging policies of the minister regarding charity organizations and the increasing number of violations in the Public Authority for Handicapped Affairs (PAHA) as per the reports of supervising bodies.

He pointed out “the minister’s performance is not the same as before.” He confirmed looking into all correspondences between Al-Salaam Society for Charity and Humanitarian Activities and the ministry.

Although it is clear that there are administrative violations and irregularities, a warning would have sufficed instead of liquidating the whole entity, he pointed out. He believes this procedure goes against the directive of the country, for if the minister is adamant in liquidating the society; this should have been done through legal channels to prove the violations, followed by liquidation.

According to the MP, Al-Salaam Society supported numerous humanitarian programs around the country; including 14 clinics — one of which specializes in Oncology, orphanages, Holy Quran teaching centers and construction of mosques. He asked, “Who will shoulder the responsibility of supporting these establishments and activities now that the society is no longer there?” Al-Sabeeh is known for eliminating corruption in the cooperative sector and charity organizations by reducing the size of the board of directors, intensifying financial supervision and encouraging participation of the private sector.

However, Al-Adsani thinks the procedures taken in this regard so far are inappropriate; asserting cooperative societies and charity organizations are vital for the public. He wondered why the ministry appointed administrative supervisors who watch over cooperative societies and charity organizations, instead of approving financial reports and accrediting general assemblies. Therefore, Al-Adsani demanded for the resignation of the minister; if not, she should stand on the grilling podium.

In a related development, MP Adel Al- Damkhi submitted queries to Al-Sabeeh. He wants to know why Al-Salaam Society was liquidated instead of dissolving its board of directors, the number of other charity organizations that were liquidated for similar reasons within the last five years, if warnings or notices were forwarded before this decision was taken, number of times the board chairman was summoned for questioning, and what will happen to the ongoing activities of the society after liquidation.