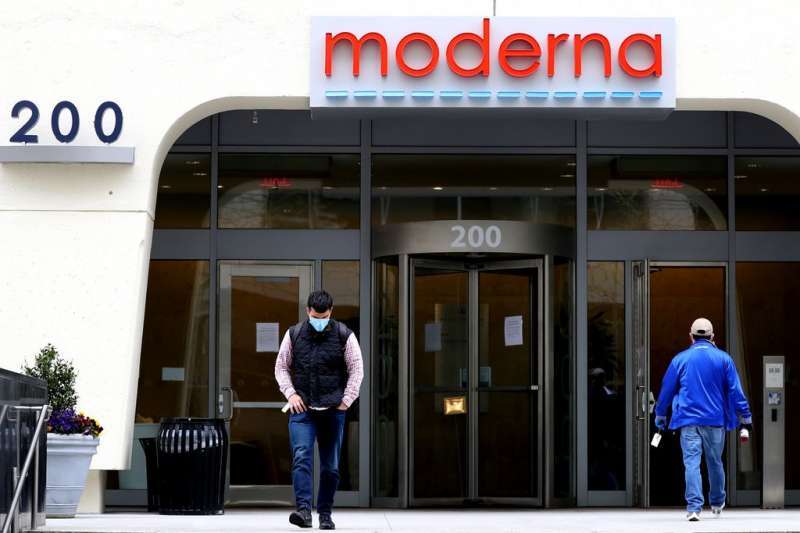 The first coronavirus vaccine to be tested in people appears to be safe and able to stimulate an immune response against the infection, the manufacturer, Moderna, announced on Monday, offering a glint of hope to a world desperate for ways to stop the pandemic.

The preliminary findings, in the first eight people who each received two doses of the experimental vaccine, must now be repeated in far larger tests in hundreds and then thousands of people, to find out if the vaccine can work in the real world. Moderna’s technology, involving genetic material from the virus called mRNA, is relatively new and has yet to produce any approved vaccine.

The promising early news sent Moderna’s stock soaring by more than 25 percent on Monday afternoon and helped drive Wall Street to its best day in six weeks. Stocks were also lifted by statements from the Federal Reserve chair, Jerome H. Powell, that the central bank would continue to support the economy and markets.

Trading on Monday had all of the characteristics of a rally focused on prospects for a return to normal: The S&P 500 rose more than 3 percent; stock benchmarks in Europe were 4 percent to 6 percent higher; and oil prices also jumped. Among the best performers in the S&P 500 were travel-related companies, like United Airlines, Expedia Group and Marriott International.

With the weather warming and state after state starting to lift lockdown restrictions, Americans are eager to regain their freedom to shop, go to the beach and enjoy bars and restaurants. Still, more than 1,000 people died most days last week in the United States.

Vaccines are now seen as the best and perhaps only hope of stopping or even slowing a disease that has sickened nearly five million people worldwide, killed 315,000 and locked down entire countries, paralyzing their economies.