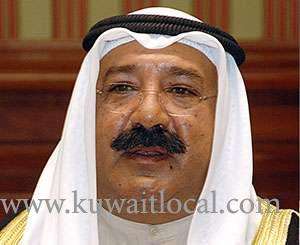 There were mixed reactions from several MPs when the First Deputy Prime Minister, Minister of Defence Sheikh Nasser Al-Sabah during a reception held in his honor on his appointment as minister disclosed that women will be conscripted in military service.

He added, “Compulsory military service requires the conscript to stay in the training camps and defense bases and be part of combat programs and this contradicts the teachings of Islam, our culture and our values as a conservative society has its stature and habits, which may violate such trends of those principles that we all protect with our constant emphasis on the status of Kuwaiti women and success in several fields without prejudice to such regulations.”

MP Mohammed Hayef said the decision forcing women into conscription cannot be issued at random because the issue involves the identity of the society, its customs and traditions derived from the Islamic Sharia that governs it.

Moreover, he added, the thousands of files of Bedoun and the children of military personnel who took part in Arab wars and the liberation of Kuwait deserve to be treated in a better way because of the sacrifices they have made.

In a press statement, Al- Hashem said, “Dear brother Sheikh Nasser Sabah Al- Ahmad, Minister of Defense, thank you for your wise and fair decision to include women for conscription given our experience of employing female guards at the National Assembly and in Special Forces and ‘criminal enforcement’.”

Minister of State for Social Affairs and Labor, Minister of State for Economic Affairs Hind Al-Sabeeh, stressed on the Kuwaiti Child Law, which was passed by the National Assembly in 2015 that protects children until they reach the age of 18 from any abuses. She added, “We spared no efforts to make precious and generous time for the joy and support of our children, on 6th October, 1991.”