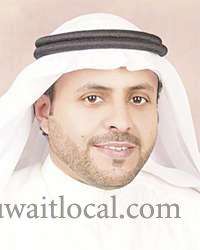 In his first media chat since assuming office, the minister said he has filled many vacant supervisory posts in the Ministry of Awqaf and Islamic Affairs, as well as the State Ministry for Municipality Affairs, affirming he will never accept injustice against any member of society and each person will get whatever he deserves.

He reiterated the only criterion that is important to him for such an appointment is competency, indicating he passed the same message to officials of both ministries and he’ll deal with each individual based on performance rather than affiliations.

He encouraged employees to submit petitions whenever they are mistreated or cheated on, because he plays an open door policy in his administration. He stressed the ministry will sort out problems associated with mosques, which are supposed to be purely for worshipping. He indicated Kuwait Awqaf Public Administration will fund the construction of all mosques.

He hinted two different investigative committees have been set up in the two ministries, while a joint committee will investigate the demolition of electricity room at a mosque in Block 1, Sulaibiya. He assured the demolition of mosques is unacceptable. He assured all clerics are playing their roles in various mosques as expected— in line with the right moderation in Islam away from exaggeration and extremism. He also said new entitlements for Imams and preachers will begin from April.