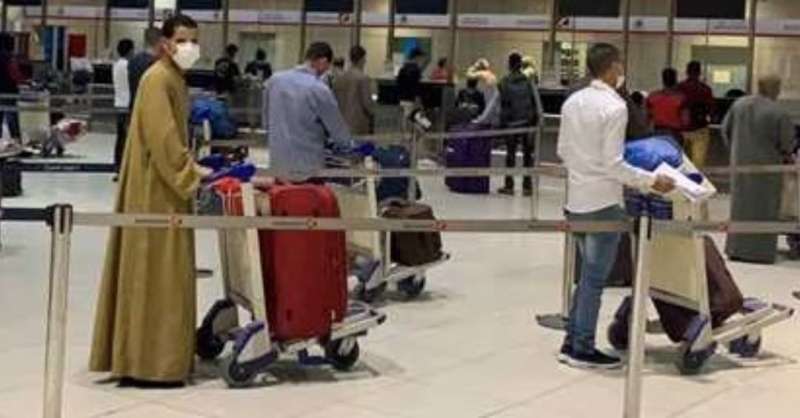 The last batch of illegal Egyptian expatriates left Kuwait and returned home, ending an airlift that started earlier this month to repatriate Egyptians from Kuwait

A total of 453 Egyptians left Kuwait Saturday aboard three flights operated by the Jazeera Airways. Upon their return to Egypt, they were placed under quarantine as part of precautions to curb the spread of the novel corona virus.

On May 5, the Egyptian government initiated an airlift to bring back home around 5,600 citizens who had violated residency rules in Kuwait and applied to return home. The repatriation plan was set into motion after Kuwaiti police said they had dispersed riots at two centres sheltering illegal Egyptian residents who had registered for repatriation under a pardon plan announced by the Kuwaiti government.

“The rest will be chased in their hideouts later this month and deported from the country,” added the Interior Ministry source. After their deportation, those illegals will be barred from entering Kuwait and the other Gulf Cooperation Council countries for five years, according to the source.